Mom gave a review of how life is going with Goldfish. 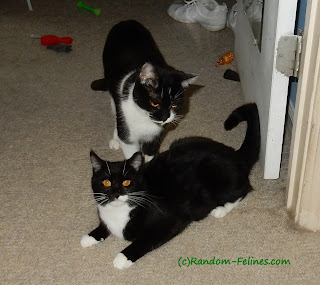 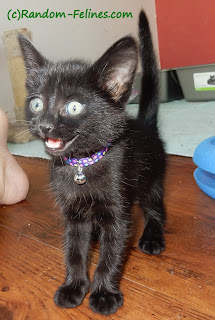 We celebrated Ivy's 11th birthday. As the single kittens got older they starting getting into some trouble. 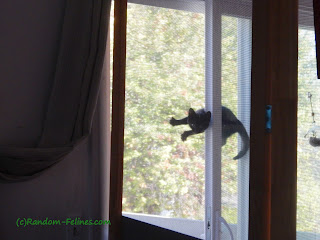 Mom wrote another post about FIV cats and the bug kittens came to join us. 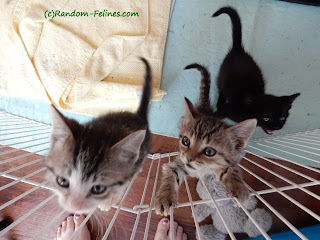 Unfortunately, the single kittens went in for spay/neuter and Mopar was euthanized due to FIP (we hate that disease). 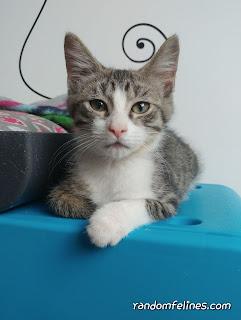 Lane and Fate were introduced to the bug kittens but weren't together for long as they were ready for adoption and moved to a partner store to find their forever homes. However, we also got a text that the couple that adopted Puzzle, renamed Anubis, was euthanized for FIP as well. The bug kittens sort of held still for a family picture. 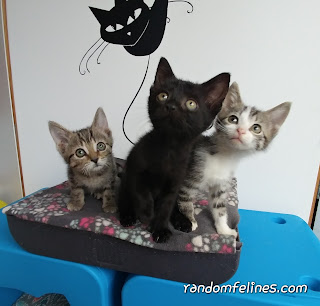 We got a surprise additional kitten in September that we named Firefly when he joined the bug kittens. 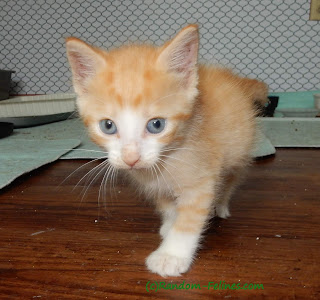 Lane and Fate came back for an overnight. Unfortunately Firefly wasn't with us very long as mom found him one morning after he passed away overnight. It is the hardest part of rescue. We all had some treats. Mom had been leaving the foster room door open with the gate up to create a breeze in the house, but the kittens figured out how to get over the gate. We also posted about Remember Me Thursday. And Fate came back to us with a cold. 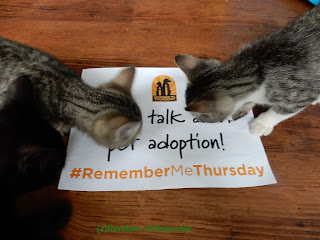 October brought us another jail break. 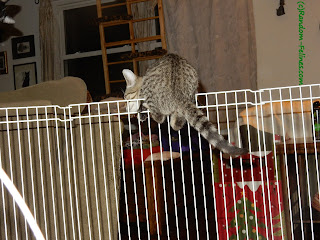 The rescue teamed up with another local non-profit that promotes lost pet posts and did a microchip clinic. There was a new kitten: Gargoyle 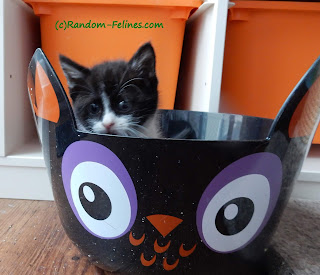 The bug kittens were spayed/neutered and headed up to our adoption center to find their forever homes. We brought home some new kitten friends for Gargoyle. The new kittens were named Gryphon and Dragon but unfortunately Gryphon wasn't well from the start and passed away. Goldfish wasn't happy with Fate being back here and mom posted about how she was doing.

November of course is that time of year when single kittens "mysteriously" appear at the rescue, so mom took another pair who were named Selkie and Wyvern. Mom bought one of those Christmas campers and set up a village of cat houses.

Mom wrote a post about having an emergency plan in place with your pet sitter. There was an update on the mythical kittens and mom wrote about our annual vet visits (for most of us anyhow). Mom got a new job, Cipher was adopted, and Gargoyle and Selkie were spayed/neutered.

Mom took Wyvern and Dragon with her over Thanksgiving and the kid got to spend some time with them. Roomba was adopted, Selkie went up to the rescue (and came back) and Gargoyle met her new family who was also interested in Selkie turns out. Gargoyle and Chanel met Santa. 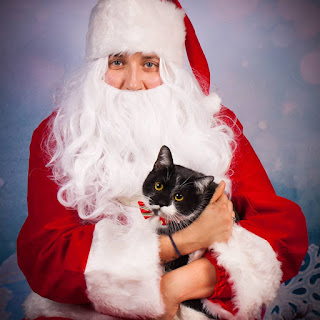 All of our fosters from last year have been adopted except for Bissell, Wyvern and Dragon.