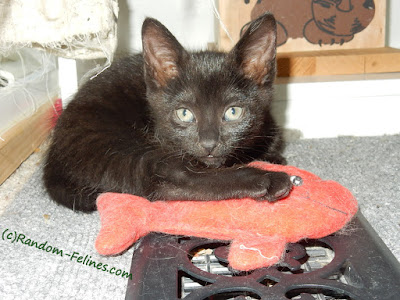 Mom played musical kittens and moved Rooney and Harlow from the partner store to the adoption center and took Mallard from the house to the adoption center on Friday. She dropped everyone off around 4pm and by 6:30pm Rooney was adopted by a family that had adopted from us before and had seen him at the store. Mallard was also adopted, into a home with no other cats. Mom emailed both and has heard back from Mallard's family - she is now named Mila and while she hid the first night she has since come out and is doing great. 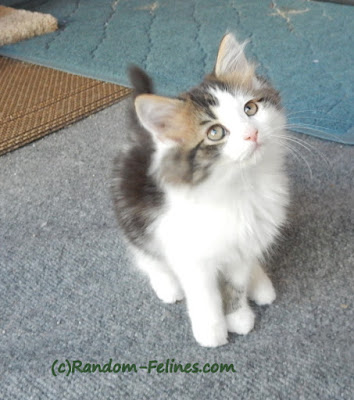 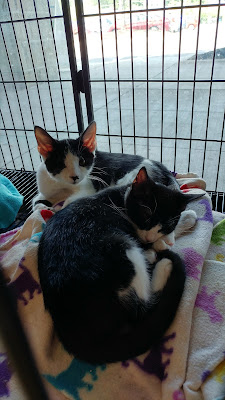 That leaves Harlow at the adoption center, Millie at the partner store and Panache at the house. Mom did talk to the head of the rescue and Panache will at least go up on the website since she is spayed. 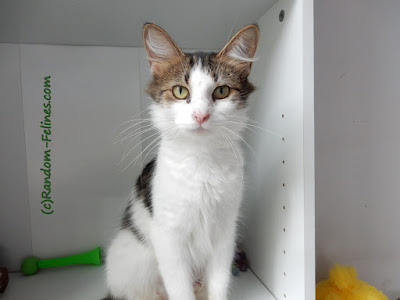 Wait you may ask....what about Chanel? Mom saw her on Saturday. It seems she got over her cold and was back on the adoption floor when a volunteer found her and freaked out thinking she was dying. Turns out that teenagers freak out at the drop of a hat....but Chanel did have a NASTY ear infection that was causing her head to tilt. As of Saturday she still has a minor tilt and is still on meds but the head of the rescue said she is MUCH better. However, if you know of someone around Ohio looking for a nice tuxedo girl, let us know. 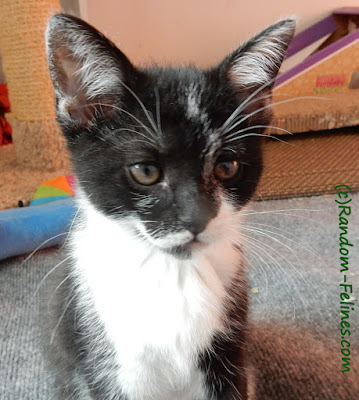 Posted by Random Felines at 8:39 AM