For those of you that read here and not social media, Lark, the momma cat to the songbird kittens, passed away last Friday night. There are 2 kittens left from the litter and they are staying with the head of the rescue right now. Please keep them in your thoughts - we got an update on Tuesday and they are both still doing well.

We did have some questions about what happened. While there is some speculation, ultimately it comes down to neglect. If someone had taken care of Lark when she was younger (and considering how friendly she was, someone had to have cared for her at some point) and gotten her spayed and vaccinated, none of this would have happened. For those of us in rescue, these are the hardest stories...heart break that could have been avoided had someone done something early rather than wait until it is too late and then shove their animals off on those in rescue.
~~~~~~~~~~~ 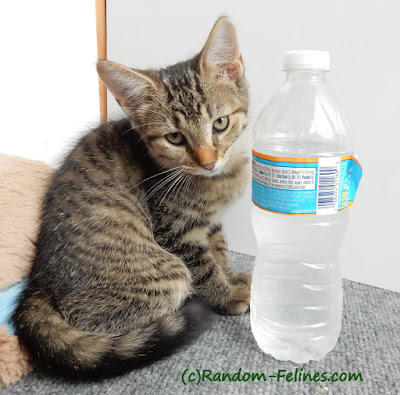 Mom stopped at the adoption center on Tuesday evening. Foxy and Fish were both out in a tower and not acting too freaked out. Mom got home that night and got a text that Foxy went home!! We don't have details, but YAY!
~~~~~~~~~~ 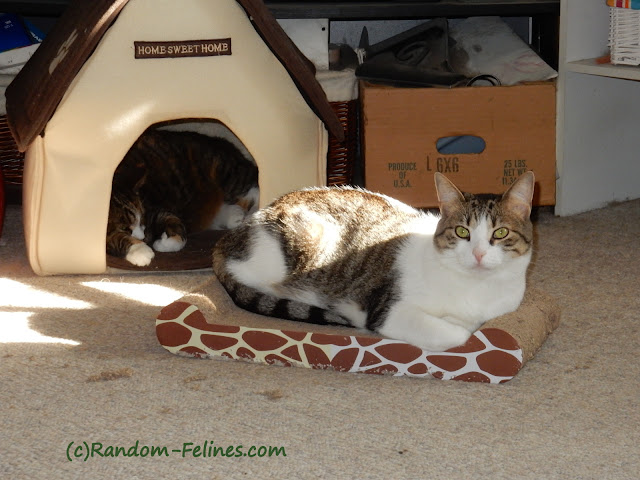 The girls have the right idea for the weekend - though it is supposed to get close to 80 both days during the day.

There will be some cat shifting going on....Mom is going to move Rooney and Harlow from the partner store up to the adoption center today. She was really hoping they would get some great attention at the store and she would be able to do their adoption, but no luck. They are getting rowdy there in a cage so it is time to move them to the larger kitten room. Considering how outgoing they both are, hopefully they will catch someone's attention right away.

Mallard was spayed on Wednesday and will also go to the adoption center today. No doubt she will go quickly.

Panache was spayed yesterday. Mom was going to move her on Sunday to the store space that Rooney and Harlow were using. However, the clinic was supposed to do a dental and didn't, so now we have to wait for that. (yes, that noise you hear is mom banging her head on her desk)

Millie is still at that same store and mom needs to check on Chanel. We have had some great adoptions this year, but those families for Millie and Chanel need to get a move on already.

Have a wonderful and safe weekend. To those cleaning up after fires and Harvey and Irma, you are in our thoughts.
Posted by Random Felines at 6:30 AM