That house gets some action. It comes off the foundation occasionally, but there is usually at least one occupant if not more. Poor Tim never seems to get a chance to sleep in there by himself. Someone (in this case Tostada) will end up climbing in with him. 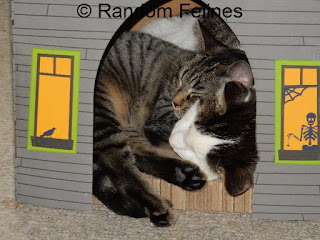 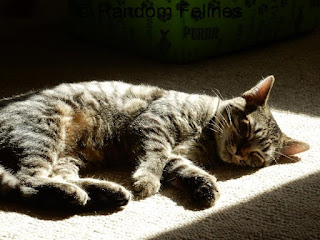 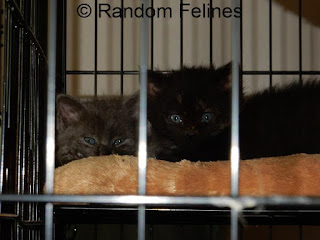 Hey look - tiny kittens. The gray is the boy Cortland and the black is his sister Gala. They are eating and howling and (mostly) using the litter box. Mom set up baby jail and they are allowed to run around in there a couple of times per day while mom is cleaning the tower or feeding them.

Their sister Fuji however isn't doing so well. Mom got home from work on Monday and Fuji was cold and howling. Mom ran to a nearby v-e-t and ended up at the 24 hour clinic. They are giving her fluids and she is eating some on her own, but her temperature and blood sugar seem to go up and down, so she will be at the vet until they get her stable. 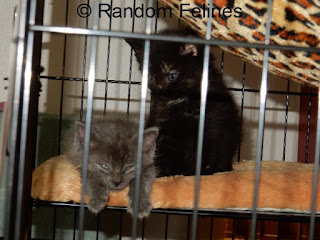 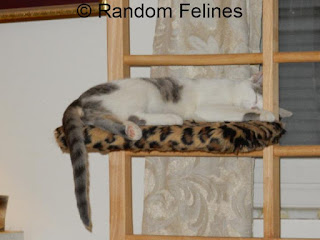 As for the rest of us, we are taking a cue from Nashville and plan to snooze the weekend. Though there is rumor of a kitten heading to an offsite adoption center and adoption events all weekend, so we suspect some kittens won't be getting much peace this weekend.