We hope that the start of 2014 has been good for all of you.

Mom spent most of Wednesday yelling at the football guys on TV.

We are still checking out the new guy. 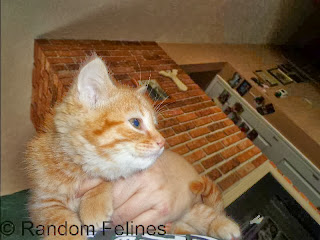 
There is an adoption event at Petco this weekend, so mom will pack up the kittens and take them up there on Sunday. Mom would leave Amelia and Saffron, but she is hoping they will help socialize Cumin and she says they are 100% not snotty....and she knows leaving up there will no doubt make the snot come back.
~~~~~~~~~~~~~~~~~

This is how we plan to spend the weekend. 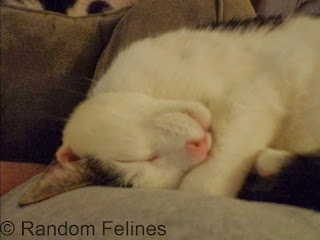 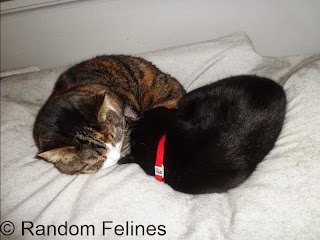 
Amelia and Saffron were having a good time the other day with the blue trackball: 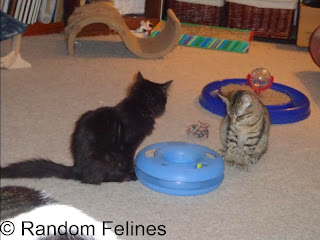 We got an award from Playful Kitty. 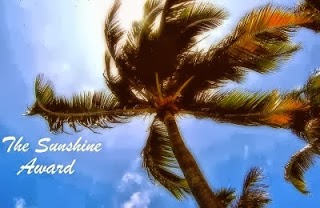 There are some rules involved and well....we are bad with rules. :)  However, you are supposed to list 11 things about yourself. Since we normally talk about US, we thought maybe we would give that part to mom.  MOL  You are supposed to nominate 10 blogs to give it to...we don't know how has had it or not, but feel free to take it.  Take it away mom.

1. My younger brother and I were both adopted as infants...so no, we aren't actually related.
2. I am allergic to cats. And so many other things that I take a pill and deal with it. LOL
3. I have a BA in Business from Grove City College in Grove City PA.
4. I went to law school for a year after college and discovered I didn't want to be a lawyer.
5. So I got my paralegal certification and now work as a bankruptcy paralegal.
6. I hate doing housework....dishes, vacuuming, laundry, all of it.
7. When the cats say I am a techno-dork, they aren't kidding. I really don't have many skills.
8. I have a serious milk chocolate addiction. Don't like dark chocolate except peppermint patties.
9. I love to read - mostly mysteries and fantasy.
10. I hate to fly....if I can drive, I would much rather do it.
11. I don't do very well in crowds - which is why I took Triscuit to Blog Paws as an ice breaker.