Happy New Years and we wish you a safe and healthy 2018!! As we have been doing, we are going to take a look back at last year....it will be a 2 parter so be sure to come back tomorrow. Let us know your favorite parts of the year as well if you have one.

January
We started out 2017 with Dandelion and Cassis still hanging out here. Plus we got a groovy new carrier from our Aunt Dee. Mom found the strawberry house and it became Mozart's private domain (basically due to the fact that he was the only one that could fit inside it). And we had a couple of episodes of homewreckers. (see also part 2) Mom also talked about fostering for Change a Pet's Life Day. The patriot girls were still at the store waiting to be adopted and got a hammock to hang out in. 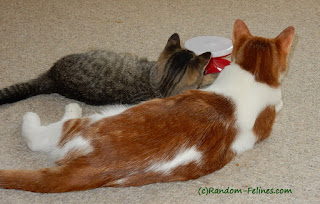 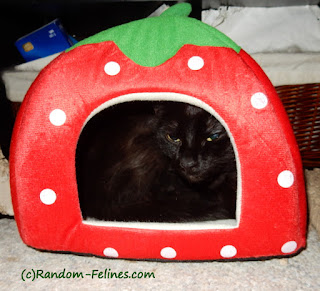 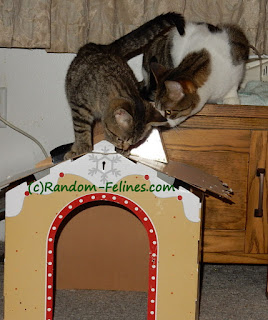 February
Daiquiri showed off a very growly obsession with those spring toys. Dandelion started a new course of medication for the ongoing and perpetual snot that he was experiencing. The homewreckers were still working on the gingerbread house. Cassis was spayed and adopted!! We feared for the end of times when mom caught Ivy and Junior sleeping VERY close to each other. And we got our first foster kittens of the season - Coyote and Roadrunner. (#thelooneykittens) 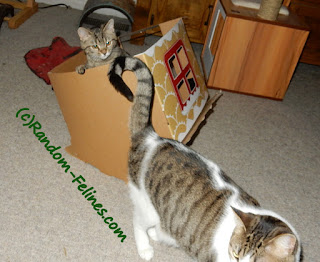 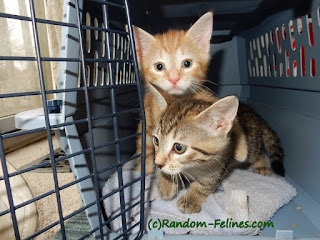 The looney kittens got a visitor. We celebrated Napping Day (isn't that really every day though). Mom did a post about reviews online about the rescue. There was a new guy in the foster room. Mom headed off for a weekend to visit her family. Mom also went on a rant about a tv show and FIV cats. (seems March was also the month for the ranting mom). 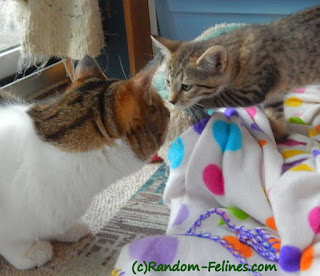 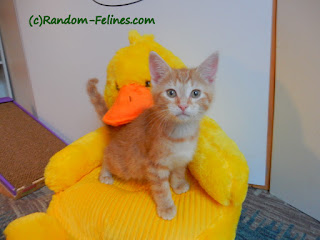 April
For mom's birthday this year, she got a very special present - Millie and the #designkittens. (Dior, Chanel, Versace, Gucci and Armani) The kittens were officially named and weighed. There was much ongoing cuteness. There was a couple of videos of flailing cats. We did a 3 week old kitten weigh in session. Mom posted about some of the "cat things" we have around the house. Daiquiri and Ivy had their annual vet checkup and the kittens managed to escape the box. 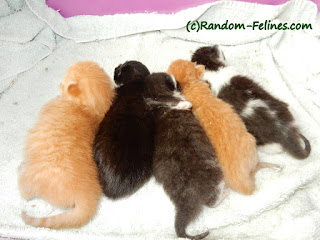 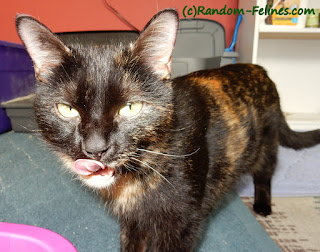 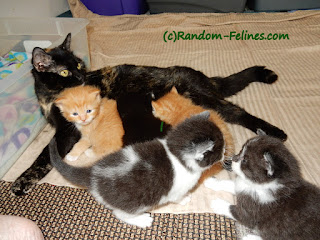 May
The design kittens discovered toys. Mom got a new router (and set it up herself) so the web camera works much better now. Daiquiri managed to get into the foster kitten room and Millie was NOT having it. There were several epic battles involving the incline scratcher. Mom started laying out the contestants for kittens going to Blog Paws. The boys got their own picture day. Mom headed off to Blog Paws. The kittens got to meet new friends at Blog Paws. And then it was surgery day for the design kittens. 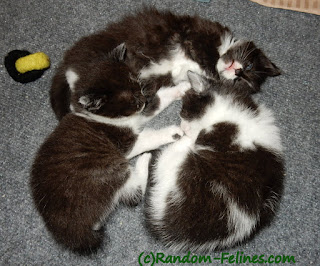 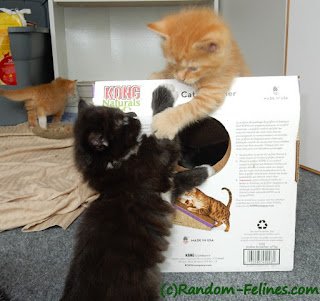 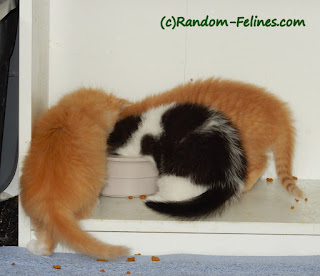 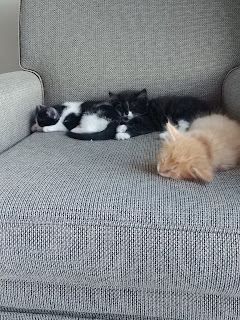 June
We got a bunch of kittens (the #ratpackkittens) in June....6 little tuxedo kittens that just spelled trouble from the beginning. The design kittens were all spayed and neutered. We played "meet your new partners" with the rat pack kittens and the design kittens ALL in the foster room together. There was a big weekend adoption event and mom took the design kittens. The design kittens were almost all ready to head to the adoption center (Dior had an umbilical hernia and was around a few more days). Versace, Armani, Dior and Gucci were all adopted but Chanel came back to the house with a cold. The rat pack kittens all got names. Panache and her kittens arrived from a hoarding situation. We broke the VERY special news about the adoption of Dior - now known as Cupcake. Finally mom made a chart for the names of the rat pack kittens - Harlow, Bacall, Rooney, Romero, Bogart and Flynn. 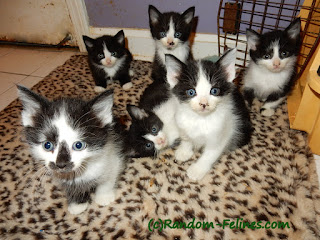 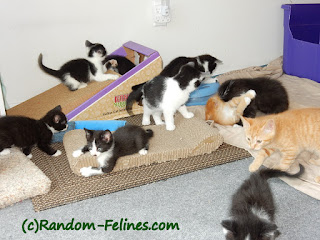 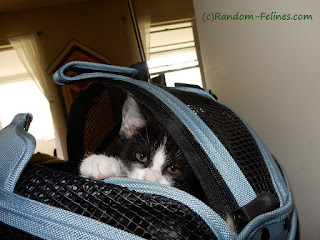