Places to go, things to do, kittens to jump on and bite 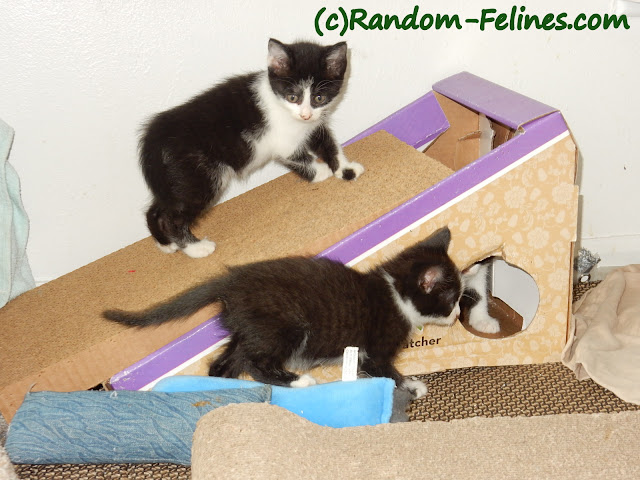 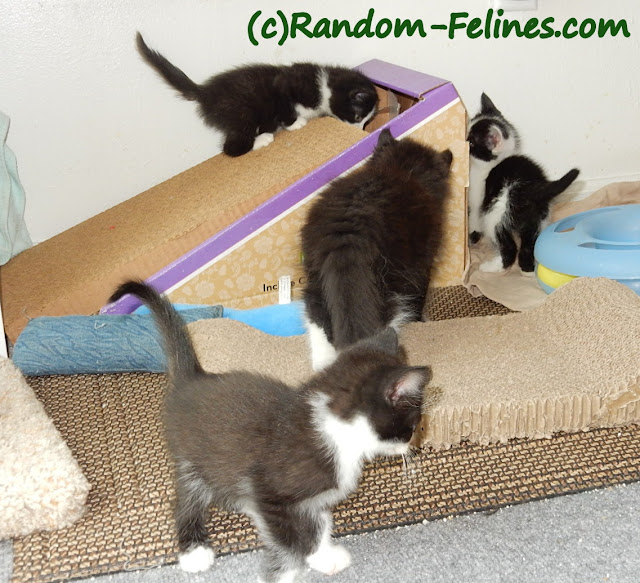 Mom thought she was being smart and tried to get individual pictures of the rat pack kittens to make herself a chart. She took several pictures with her phone and then transferred them into a document while she was at work. And she got....5 out of 6 kittens. Go mom!! MOL Actually, it was a pretty good idea, but since those little monkeys won't just line up and hold still, it was harder to accomplish than she thought. Now to just figure out who she is missing..... (she is thinking it may be better to grab her camera and take a picture, put that kitten in a carrier, next and so on)
~~~~~~~~~~~~~~

If you are anywhere near central Ohio this weekend, there is a HUGE adoption event called Fetch A Friend being held at the Lausche Center at the Ohio State Fairgrounds Saturday and Sunday from 11am to 4pm. There is a $5 parking charge (paid to the fairgrounds not the rescues) but no other admission costs. Come see lots of rescues and vendors and maybe find a new furry friend. If you rent, bring a lease, if you have other pets, bring their medical records. Mom will be there with Colony Cats (she is taking the design kittens). There will be lots of rescues, vendors and other exciting things. If you can't attend, be sure to follow us on social media as mom will be posting as the day goes on.