Since the looney kittens have tested negative and been vaccinated, mom decided that madam curious (aka Daiquiri) could come in for a visit....she won't be back. She ate their food, stole a toy and growled at them. RUDE 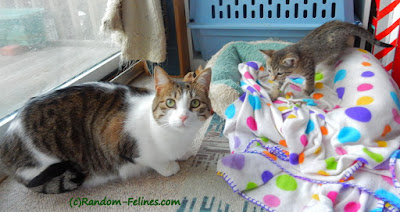 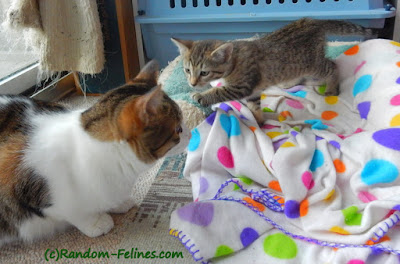 may I boop your nose madam? 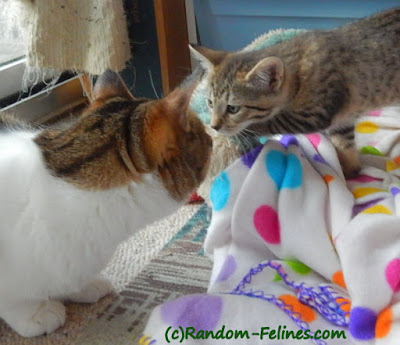 how about a sniff? 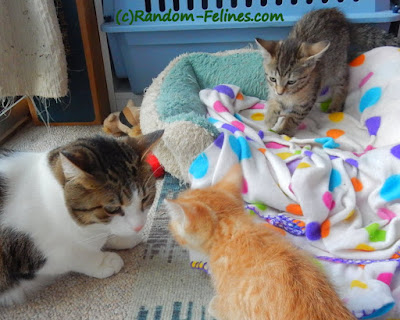 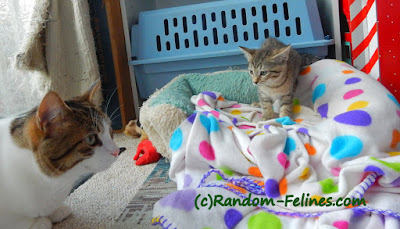 Roadrunner was the first to decide that the big girl kitty was not to be messed with. Coyote sniffed her, decided she wasn't that interesting and moved on.

In other news, Roadrunner has now decided that mom isn't going to eat her. Coyote has been SUPER friendly from day one coming over and asking for attention (which makes getting his picture a royal pain). Roadrunner, true to her name, would take off if mom moved or tried to pick her up. However, over the weekend she allowed mom to grab her and love on her...and was relaxing and enjoying it as well. She still won't come over and ASK for attention, but we suspect it is only a matter of time.
Posted by Random Felines at 6:30 AM