Good news- that new orange guy that mom found a week ago is doing MUCH better. He calmed down after a day or so and apparently is quite the nice boy. Next step - new home.
~~~~~~~~~ 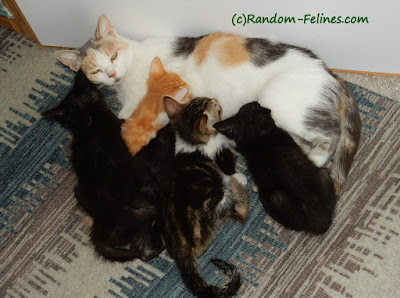 Let it not be said those kittens won't find a snack wherever they can. 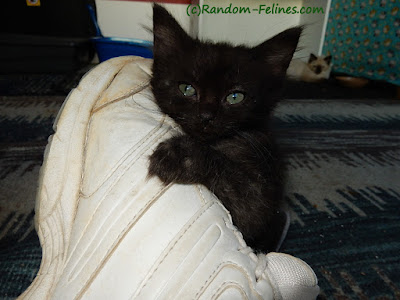 One of the brandy girls was playing with mom's shoe. Normally mom doesn't wear shoes around the house, so this was something new. And it is all fun and games until your sister shows up. 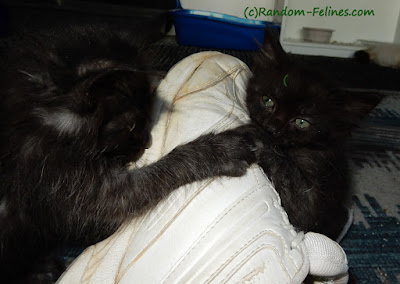 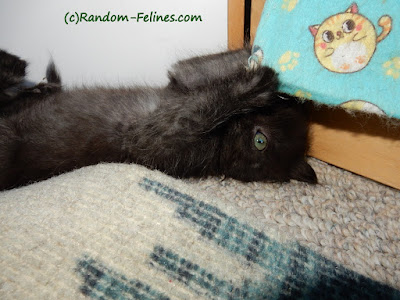 Mom needs to ask about the other two boards for the doors. 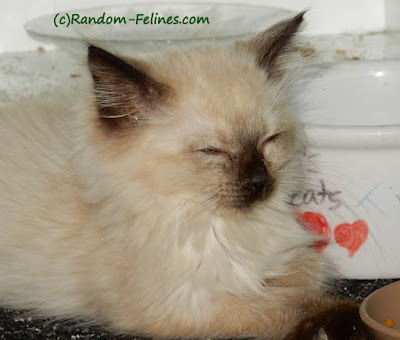 Wheat is 100% over the other kitten shenanigans

Mom took Russell to another adoption event on Sunday. He did great -though he did attempt to make a run for it when a bird that is caught in the store made a fly by. Otherwise, he snoozed on mom's lap or in the carrier. He did sing the song of his people in the car....and totally harassed the other kittens when he got back to the house since he had gotten such a nice long nap.
Posted by Random Felines at 8:34 AM