Our friend from Glogirly visited Best Friends as an ambassador a few days before mom went out there. They just missed each other, but the posts and pictures she got are pretty amazing. 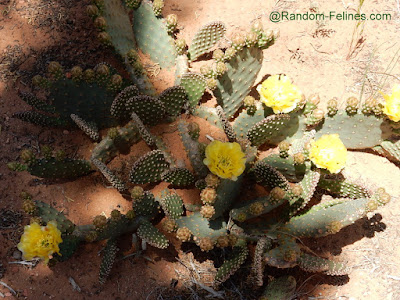 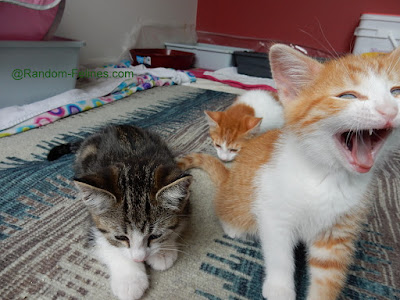 maniacal laughter (Orchid)
*while being sniffed by her brother Dandelion 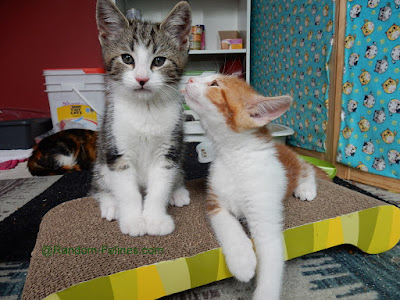 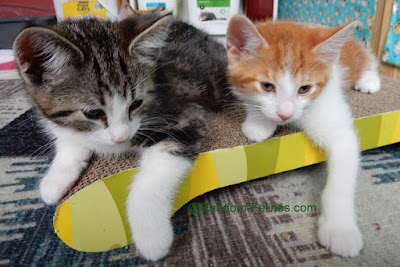 synchronizing kittening
with Muscari and Dandelion 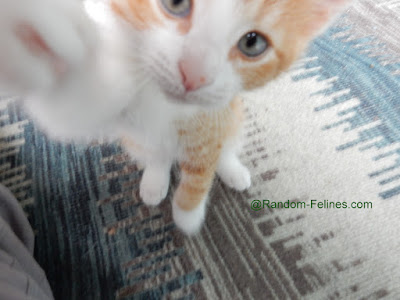 pow - right in the kisser (Orchid)

The kittens are scheduled for surgery next Tuesday and then off for adoptions. The rescue doesn't have a ton of ready to go adoptable kittens right now, so we suspect they will be adopted pretty quickly. Amaryllis needs a chance to dry up her milk and then she will go as well. Mom is hoping that a spot will open up at the remote location where she cleans and Amaryllis can go there.