We were hoping for some open windows. Mom tried it off and on for the weekend as the temperature was cooler, but the humidity was pretty bad so she would have to give up from time to time and turn the cool air back on.

No events or transports this weekend, so it was rather relaxing. Or as relaxing as it can get with 2 kittens that run around like nuts part of the day. MOL 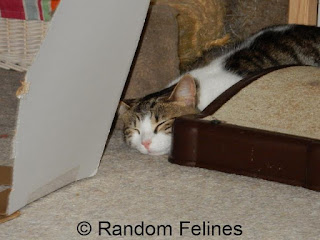 Daiquiri kind of smooshed herself in there but was sound asleep 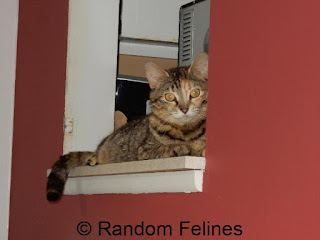 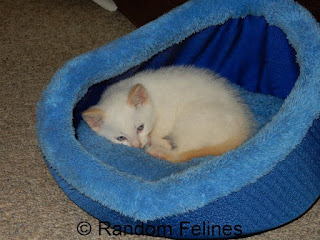 London is MUCH less snotty.
Can't even hear him breathing anymore. 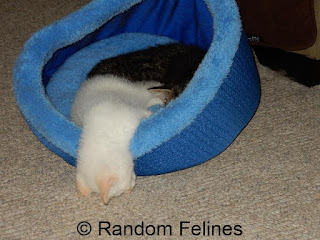 no idea how that was comfortable

As most of you know, June is/was Adopt A Shelter Cat month. We kind of fell down on the job about promoting it. But....the rescue we foster for is now a partner rescue with Best Friends Animal Society and in honor of this month, they were offering adoption special prices for cats and kittens. We don't know the final number of adoptions, but mom says the adoption center has been busy every time she has been there the last week. While we love adoptions year around, we also love anything that brings attention to more adoptions for shelter cats and dogs.
Posted by Random Felines at 5:30 AM