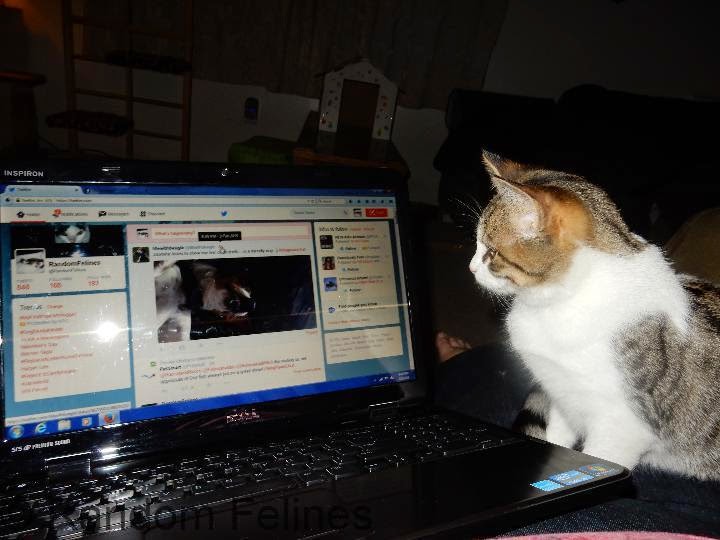 Daiquiri checking out what mom is posting on Twitter

I have a confession to make. This isn't easy to admit and it won't be easy to read. But here goes:

I didn't want to keep Daiquiri.

There, I said it.

When I first started to foster, I made a commitment, both to myself and to the cats and kittens I fostered. I would always be there for them. I have been lucky in that not many have been returned (at least that I know of). Chex and Milano came back, and they stayed with me until I could get them adopted again. And there have been foster failures along the way (a foster failure for those new to this is: fostered, failed to return - also known as adopted by the foster family). In fact, now that I think about it, technically everyone here is a foster failure. :)

Last year was hard. Maestro died in May from cancer at 19 years old. I had kittens at the time....and Coral ended up working her way into my heart. So she stayed. And then she got so sick and died from FIP at 6 months old in October. I wasn't ready. While Maestro leaving was hard, it was expected and I had time to prepare. Coral was so young and it took everything I had to admit that I couldn't fix her and had to let her go. And to be honest, I still have problems seeing her picture.

At that same time, Daiquiri was tested and came back faintly FeLV positive. I could have moved her to another foster home, but committed to her and rearranged some things at the house. By the time we got the weird test results, and then the final test results, she was over 5 months old and had been here since she was about 3 weeks old. I was afraid she wouldn't get adopted as a teenager. And honestly, as much as I wouldn't commit my heart, I knew on some level that she was staying.

But I wasn't ready. Daiquiri is the POLAR opposite of Coral. While she is slowly beginning to appreciate a good cuddle, it is by far not her favorite thing. Coral on the other hand was always in my lap. Even when she was feeling good, she would play but then when it was time for a nap, she was with me. Daiquiri will happily nap by herself or with Tim. Yes, she decidedly loves Tim more than she loves me. haha 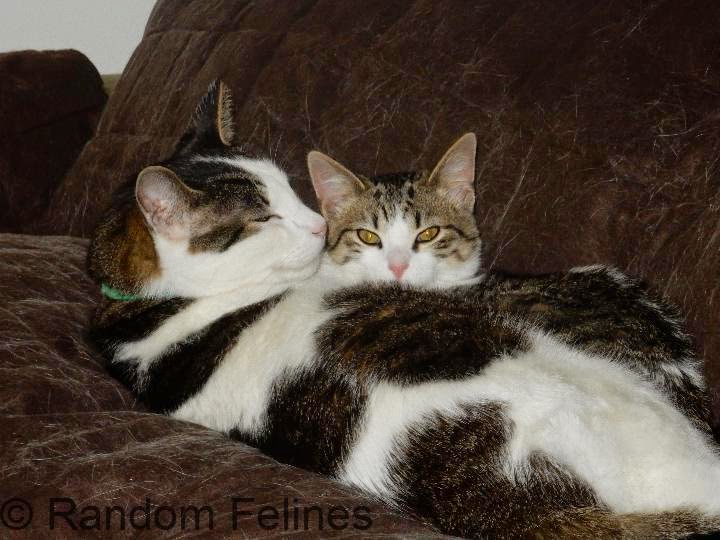 I thought long and hard. I knew I couldn't give her up. But I also knew I had to make some changes to ME in order to be fair to HER. I just didn't know where to start or what to do.

Fortunately, this was right about the time of the last painting session, and I met up with my friend Kelly. Sitting at a table painting for 6 hours, you talk about all sorts of things. And Daiquiri and Coral were among the topics. I hadn't spoken about it to anyone at that point. I wasn't even sure I could get the words together, no less finding someone who wasn't going to judge me and take it all the wrong way. Kelly was a saint! 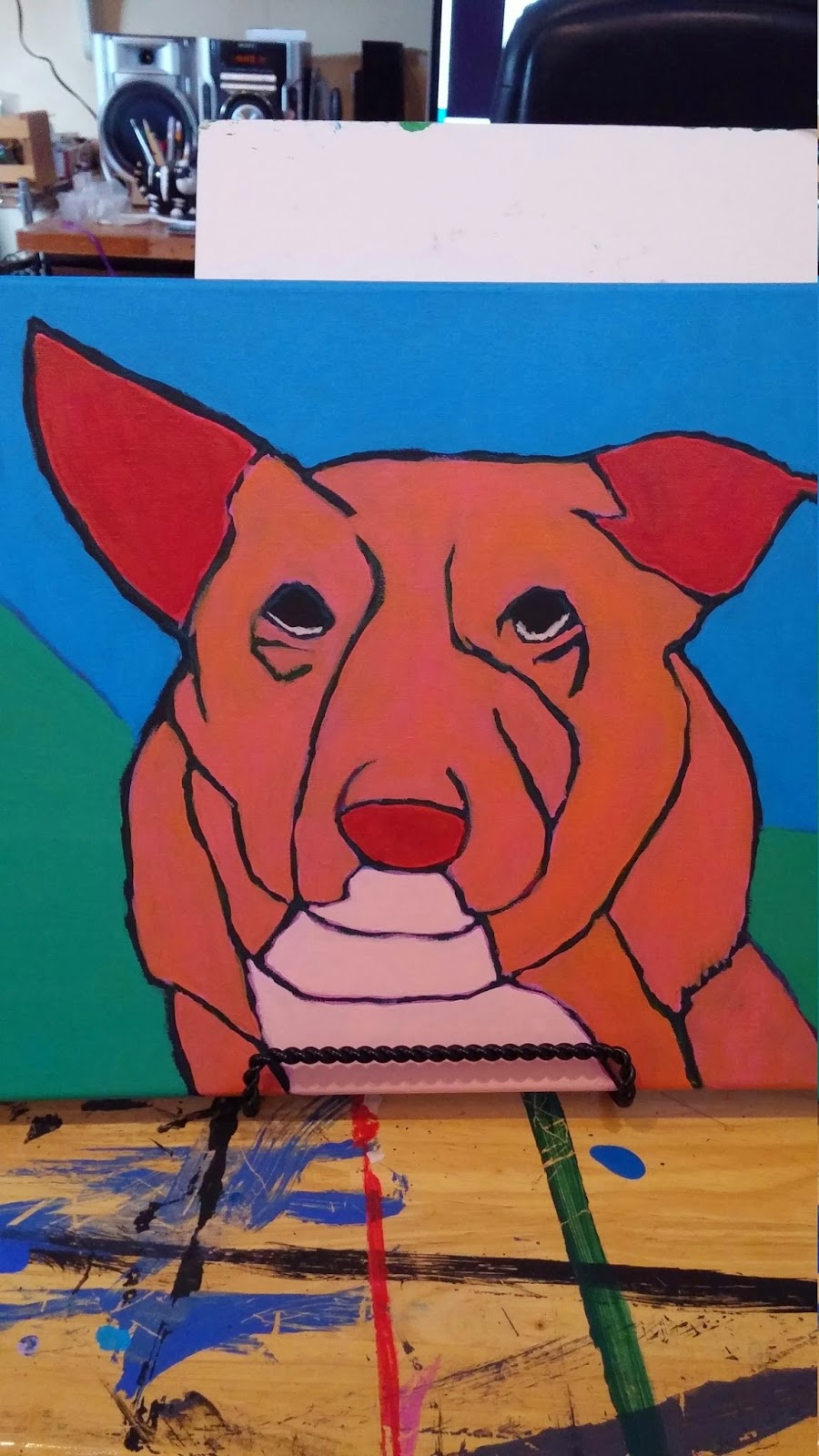 6 hours of painting and lots of revelations

And putting it out there helped.

The other thing that helped....getting Mae West adopted. I know, sounds strange. But the woman who adopted her was asking me - how do you choose? And after walking her through the process, it made me think. 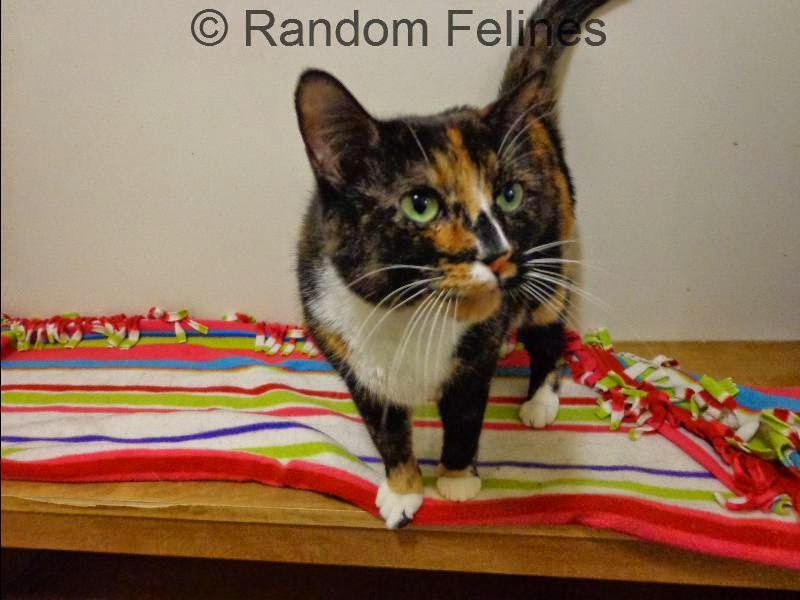 Over that next weekend, I came to a few realizations:

1. Sometimes you don't choose. Sometimes it happens. I was prepared to keep the numbers at 6 after losing Coral. Apparently, my plans were ignored. And I had to accept that.

2. Maybe what I thought I wanted, wasn't in fact what I needed. And it certainly wasn't what that household needed. See, for those of you who have followed for a while, you know about Junior and Ivy and Spud. They have a....hate-hate relationship. However, Daiquiri LOVES Junior. She doesn't know his background - he has always just been her dorky older brother. While Spud and Ivy think Junior is weird and annoying, Daiquiri just sees Junior. And heavens she plays with him to no end. Surprisingly, it has made a difference....while he doesn't entirely leave the other two alone, and while the other two still take him at face value and find him annoying, having someone else to chase around who loves the game is much more fun. And a tired Junior is a very good thing.

In fact, the other evening, Daiquiri was down in the entry way to the condo, singing about something (or testing the acoustics - who knows with that girl). Junior looked over the edge, then snuck down the stairs. A couple of minutes later.....pounding herds of elephants up the steps and down the hall...Junior in the lead with Daiquiri hot on his tail!!!

3. I needed to let go. Losing Maestro was hard. Losing Coral broke my heart. But trying to force Daiquiri into a mold where she was never going to fit wasn't fair to her....or to me. I had to learn to love her for who she is....a nutty loveable goofy kitten. 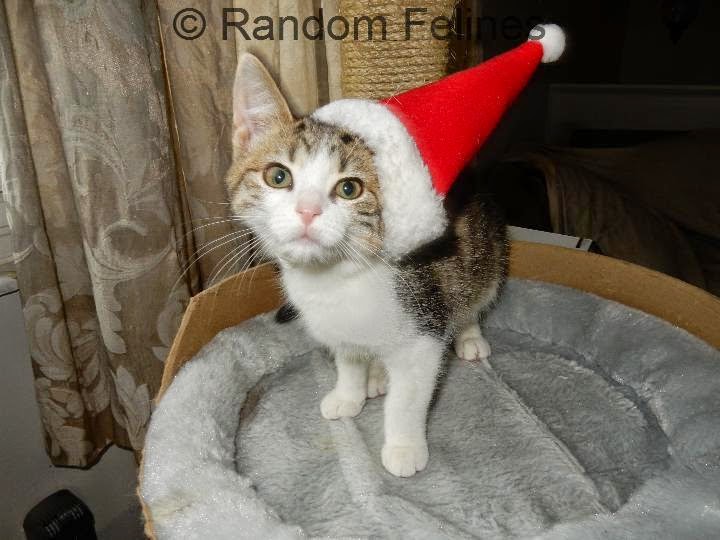 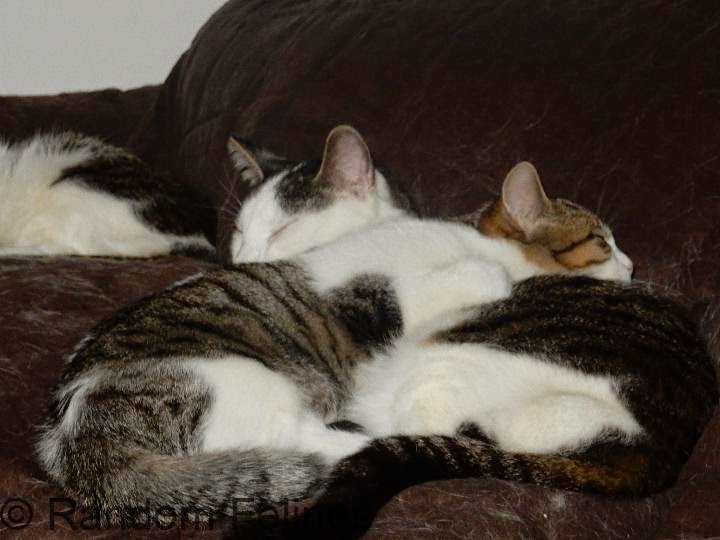 Now if I could only get her to like me as much as she likes Tim.....  Or maybe that really IS wishful thinking.