It started Thursday night. Mom was taking pictures of the kittens. Ash was on top of the cat tree taking a bath and when mom tapped him on the head to get his attention she discovered an open wound (about 1/2 inch in diameter) where his leg meets his belly. After a moment of panic, she got in touch with the vet and off they went. It took 40 MINUTES to knock him out. He seems to have an amazing tolerance for drugs. The vet finally resorted to the gas mask. And now he is known as Captain Dingbat....and has 4 stitches. sheesh....  So he is here on the "injured reserve" list until he gets them out the end of the week. 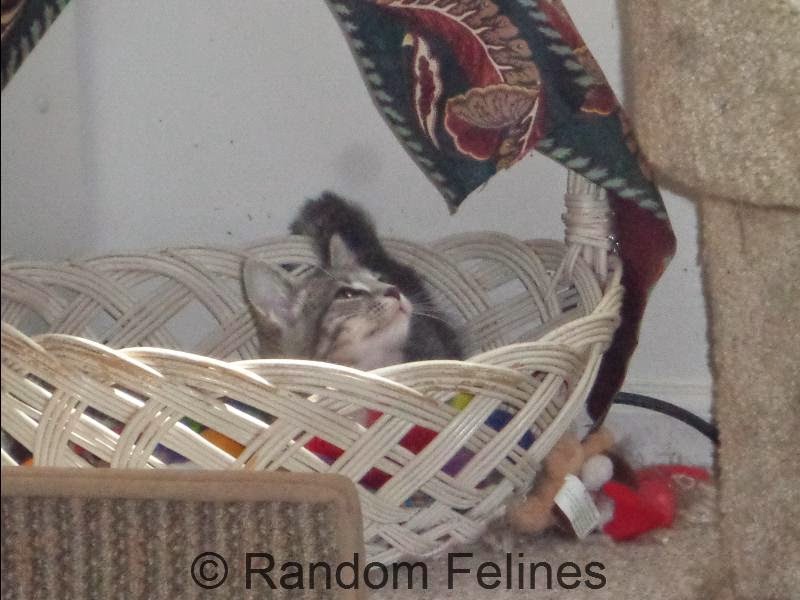 Friday was pretty quiet around here. Mom did some laundry and cleaning and that was about it. 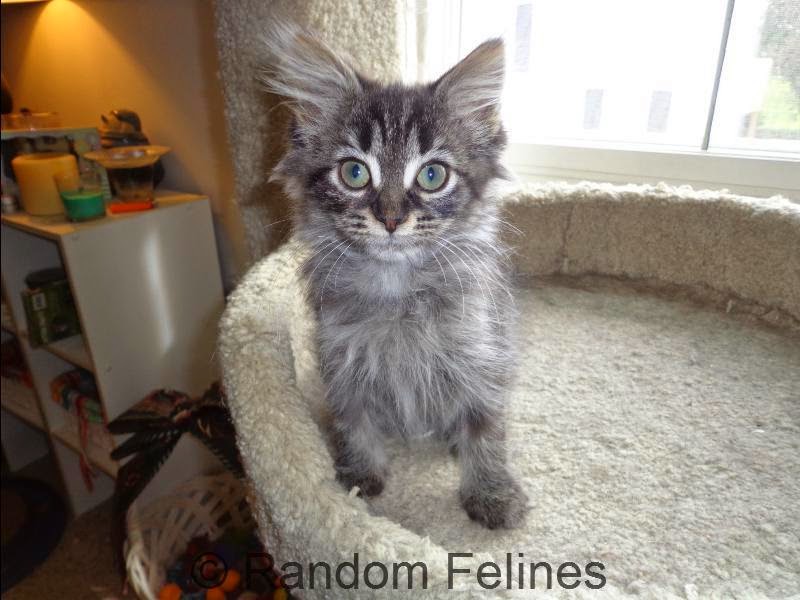 Coral is still here for a while. But the other afternoon she and mom took a nap together. 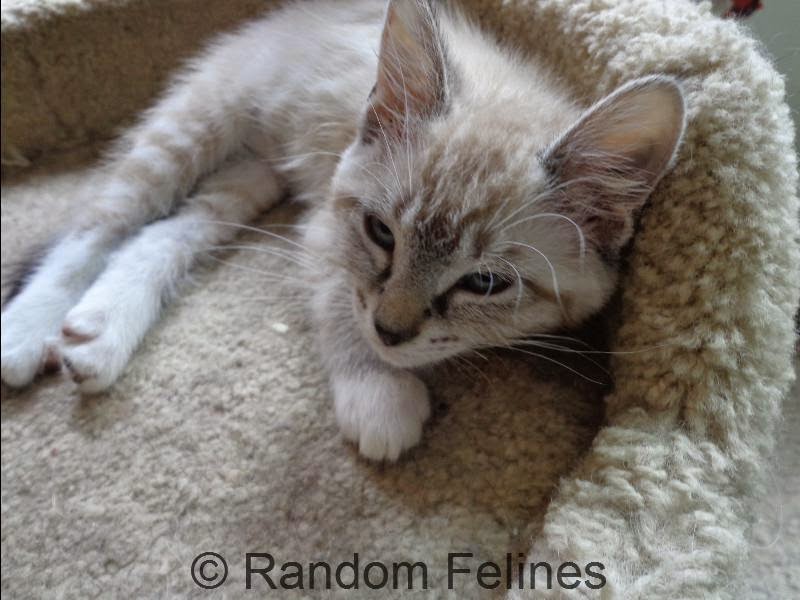 Pearl has a home!!!  She will be traveling to Michigan this Saturday. Thanks to Miss Connie who posted her picture on facebook and that is how her new mom found her. 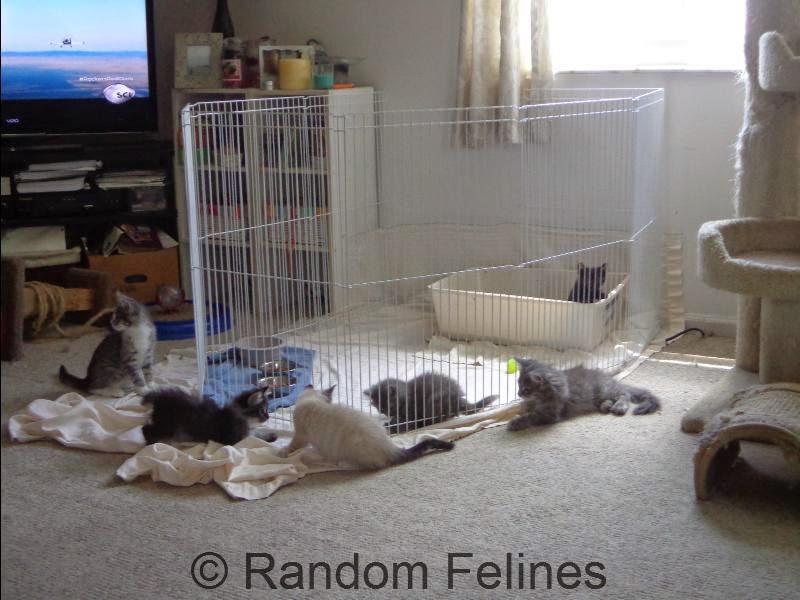 Since Topaz had to be separated due to his test results, mom set up baby jail in the living room for Quartz and Jet. They have some snot but seem to be unfazed by the change in surroundings. 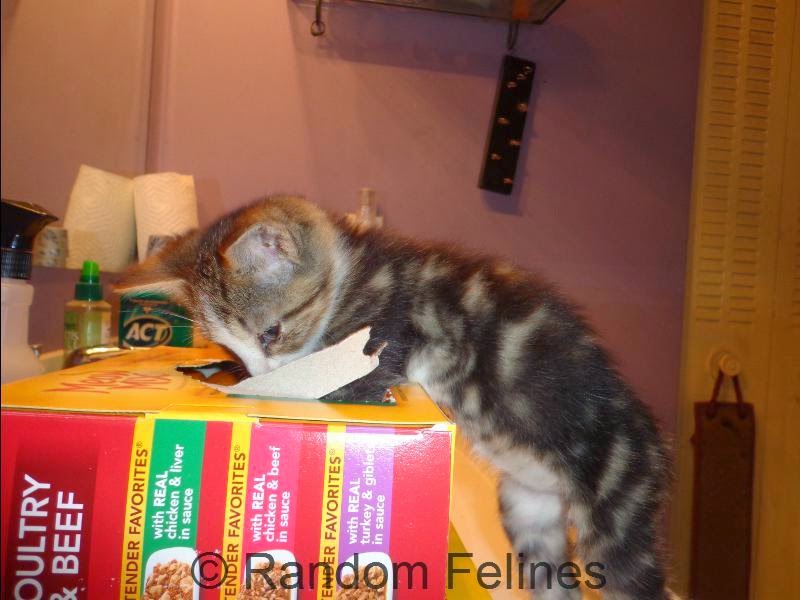 Speaking of Topaz, mom's friend Miss Alyssa (who took the orange boy this spring) had kittens test positive for FeLV as well. She and mom went back and forth about how to foster the kittens. Miss Alyssa has a larger room, but she said she would take Topaz (who needs some friends - he is a lonely boy and it made him howl). Now they will all be retested every 4 weeks until they get to 5 months old. Hopefully they can all throw it. 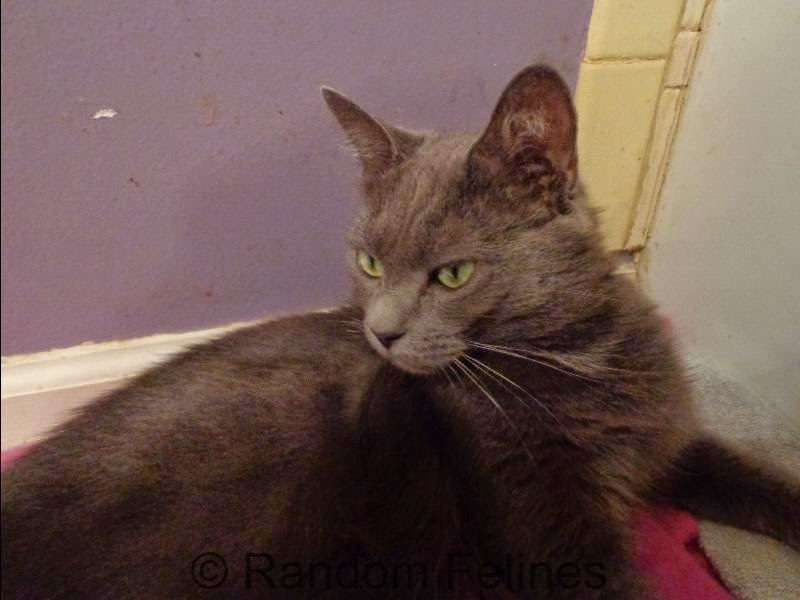 Jade goes tomorrow to be spayed. YAY!!!  We know she will be glad to retire as a momma cat.

Amber, Cinco and Mica moved up to the adoption center on Sunday. It was fun having them here and they are on Petfinder, but we know that it will be faster to get them adopted when someone walks in and sees them in person.

The banging Friday night wasn't so bad except for the HUGE finale. Tim went under the bed. The kittens kind of freaked out when it started but calmed down when they realized no one else was freaking out.