Mom got up Saturday (we made sure it was EXTRA early) and took off for a transport. 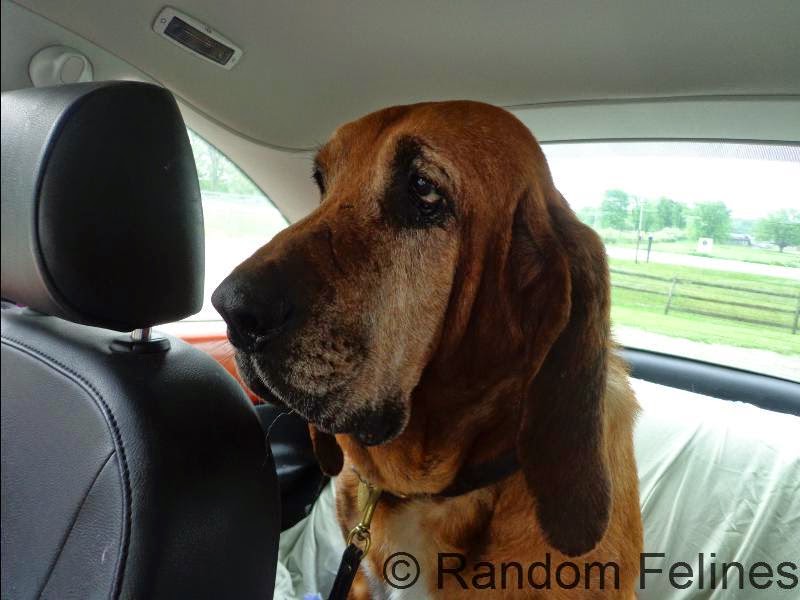 This sweet old man is Rufus. He spent his entire life chained to a dog house and then was taken to a high kill shelter in Kentucky. Fortunately, someone stepped up and contacted Ontario Bloodhound Rescue and he was pulled and this past weekend went from a foster in Kentucky to a foster in Ontario. He was SO super sweet and just seemed happy to go along with whatever.

Then mom ran around and stopped at the adoption center for the rescue. There she found a cute fuzzy black kitten. More on her tomorrow.

And Sunday, the kittens went on an adventure. Jade and Coral stayed here. Mom knew Jade would be able to get out of baby jail and Coral is so little that mom just doesn't want her handled too much (which we know would happen due to the overwhelming cute). 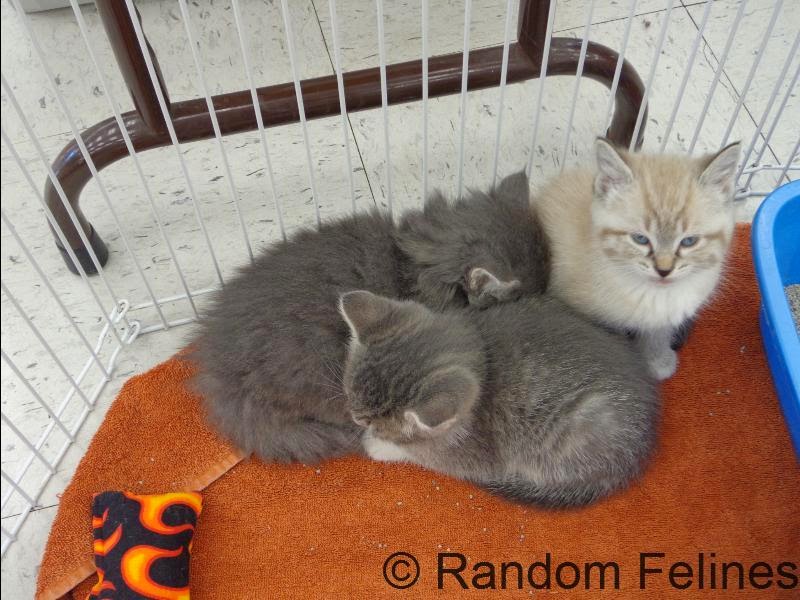 First it was an adoption weekend at Petco. Mom packed up the four bigger kittens and headed off over there. She talked to some very nice people, Amber screamed a lot for attention, and a very nice lady bought 2 cases of Fancy Feast for Jade and the kittens. Woohoo!!! 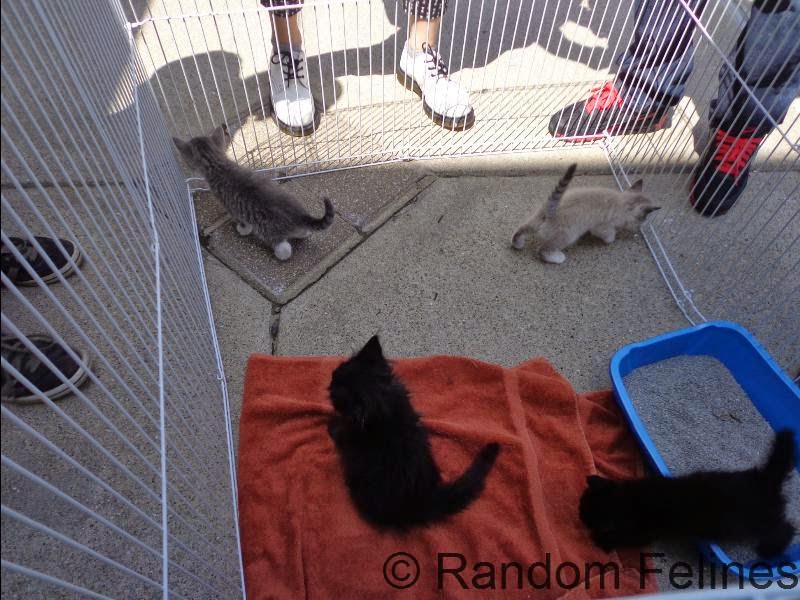 Then it was over to the adoption center for their Kitten Shower. Mom says she wishes she had remembered to take a picture of the pile of donations. It was great. The kittens got to experience the outdoors - even a couple of dogs (Amber was unimpressed and gave one of them her best halloween cat impression). The exposure was always good and it helps the kittens with their social skills to be handled and have to deal with different environments.

Oh - and get this....as mom was setting up at Petco, she was talking to a man who was checking out. It was Milano's dad!!! She had been worried as she had sent a couple of emails but hadn't gotten any response (he admits he doesn't check his junk mail). Anyhow - Milano is doing great. She has bonded with their older daughter and even gets chased around the house by their rabbit.  MOL
Posted by Random Felines at 5:00 AM