Mom spent last weekend in TN with her parents. They spent Monday driving up into the Smoky Mountains and looking around. But it was HOT!!! 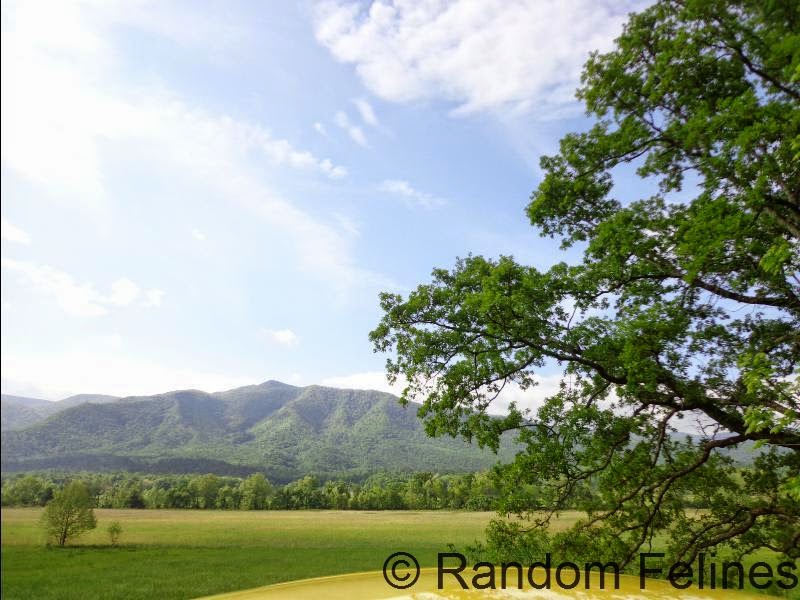 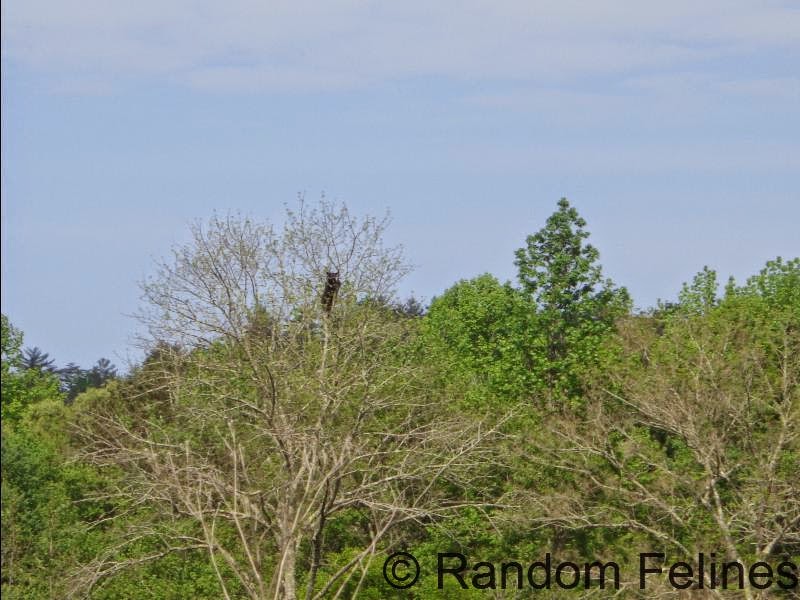 the bears were out - do you see the one up in the tree? 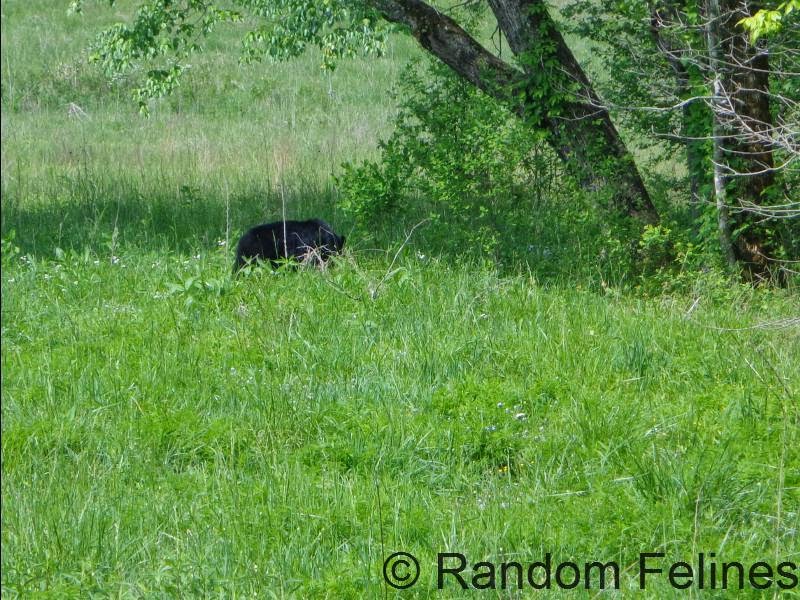 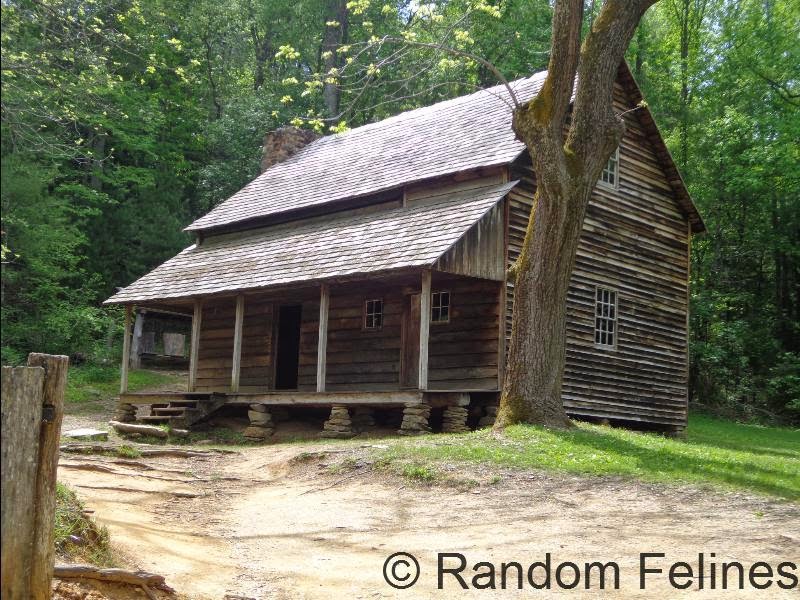 Part of the Smoky Mountains near mom's parents includes a section called Cade's Cove. When the national government decided to take over the area as a national park, they found a cove in the middle of the mountains with several families living there. The families were given a lifetime lease and grandpa said the last family left in the 1960's. 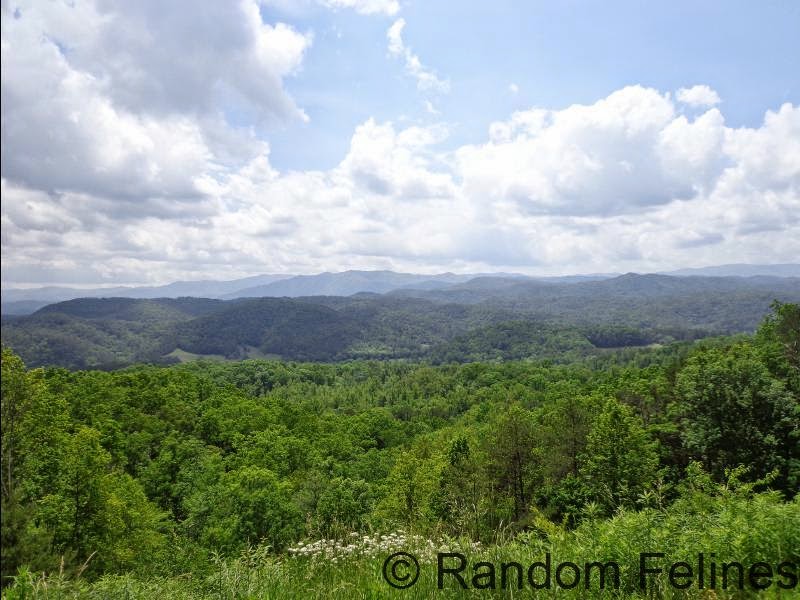 Mom is feeling a little better. She says the hardest part now is that she hasn't had much to eat in several days and it makes her head fuzzy.
~~~~~~~~~~~

Plans for the weekend??  It is supposed to be cooler here. Mom will have a transport on Saturday and then Sunday takes the kittens to Petco and then to the Kitten Shower for Colony Cats. If you are in the area, be sure to stop by to see us (she should be at the shower about 2:30pm or so and Petco 11-2).
~~~~~~~~~~

We tried it before, but mom says she REALLY got the random-felines.com to work this time. You can still use the old link, but it is nice to be using the domain name. :)
~~~~~~~~~~

The kittens are doing well after their vaccinations. They are bouncing around like they are spring loaded. 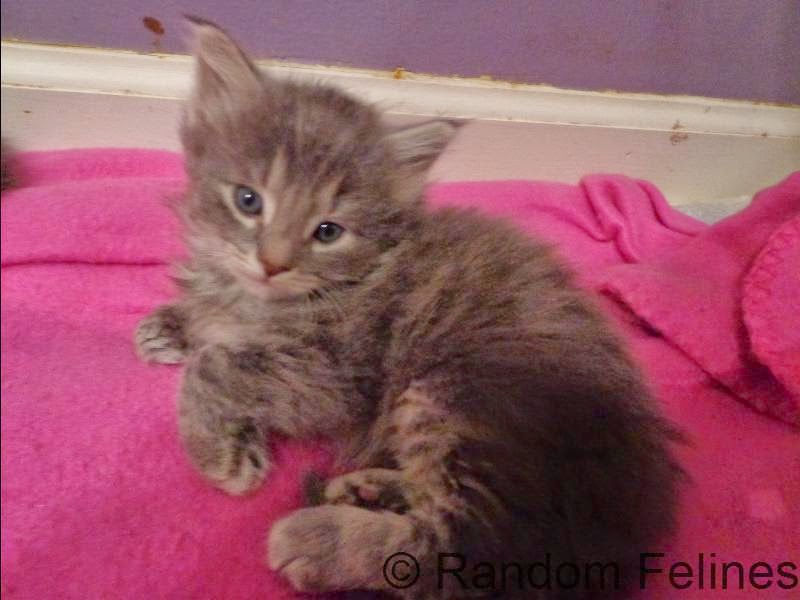