Still no new adoptions and no kittens. sigh....


Actually, there is a momma cat with 1 week old kittens that the rescue took in that needs a foster home. But apparently momma cat is pretty protective and if she gets a whiff of a dog or cat hanging around near her kitts, everyone is in big trouble (ie - she will go after people too). So, they are looking for a special foster home for her....
~~~~~~~~~~~

Mom was volunteering at the shelter last night, and there was an invasion of Girl Scouts. They had brought in some donations and took a tour of the shelter and ended up playing with the cats.

The girl were pretty good (for being 5-7 years old). There were four cats out that they could interact with: He was out and running around. The girls got out a wand toy and he had a blast running back and forth. 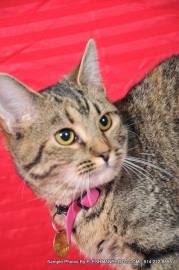 She and her brother were transferred in from a rural shelter a couple of weeks ago. She didn't mind the petting, but there were a few too many people for her and after a while she took shelter under a bench.

We have introduced you to Junior before. He had a blast playing with the girls, though less energetically than Lincoln. Mom decided to show the girls a trick and got Junior over to the sink and turned on the faucet. The girls thought it was hilarious that he drinks from the faucet. And bless the boy for behaving - mom caught one of the girls gathering water in her hands and baptising the poor boy. He took it all in stride and was passed out when mom left the shelter. 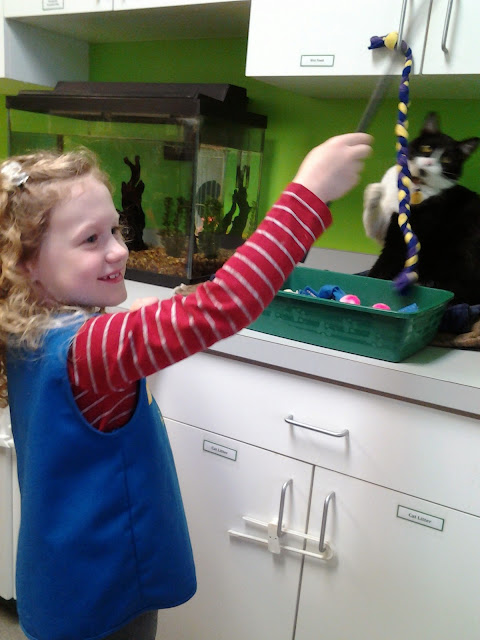 But the biggest surprise last night was Antony. 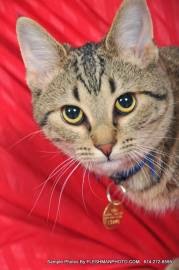 He is a 9 month old brown tabby - Margaret's brother.
﻿
He was sprawled out on a bench when the girls came in. They immediately came over and were loving on him and got out toys....and he LOVED it!!!  He spent the entire visit hanging out letting them pet him and whacking at the wand toys as they went by. 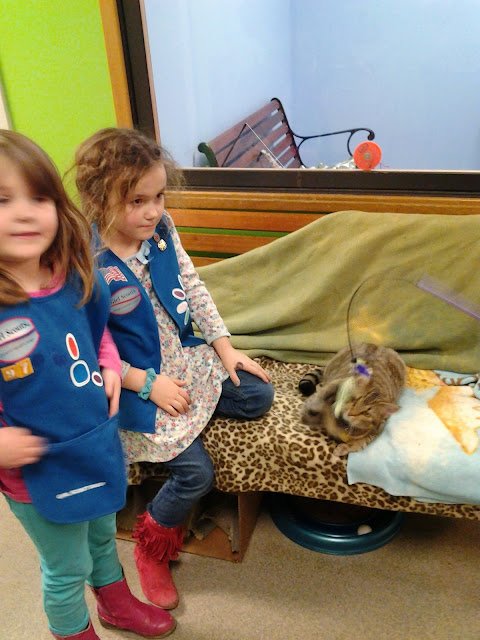 Thanks for the donations girls and stopping to play with the kitties!
Posted by Random Felines at 8:56 AM