CHA took in Dr. Watson.  He actually fell asleep in the car from Kelly's house to CHA.  Mom would like to know how that works and if he would be willing to share the secret.  :)  Kelsey from CHA said they should be able to neuter him on Thursday.  Kelly's vet wasn't able to shave the mats on his undercarriage - they said the mats were pretty tight.  Since he has to be knocked out anyhow, they will shave him after surgery.  In the meantime, he has a nice big cage and was pretty settled in last night when Mom checked on him.  The lead we had was a woman currently living in an apartment.  She has had persians before, but can't take him until she moves.  We are sure he will find a great family at CHA. 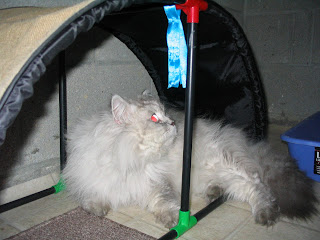 The kittens didn't get their blood tests.  The weather was bad here yesterday and the vet left early.  :(  So, no idea when that is going to happen.  They are getting a little bolder.  One little girl likes to meow at mom when she is in the bathroom with them.  The black male is still the bravest and the fuzzy male is still WAY jumpy.  And at least two of them have tried to get out the bathroom door.
Mom did pick names for them: girls - Sumatra and Malay. Male tabbies: Holland and Sultan. black male: Java and fuzzy male: Phoenix.  Now, if you remember, she likes to use a theme.  Any guesses???  Nope, not coffee.  Chickens!! All of these are varieties of chickens.  Mom thought it was appropriate and still cute enough that most people won't get it - but it made her laugh. (still does) 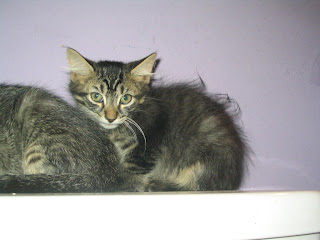 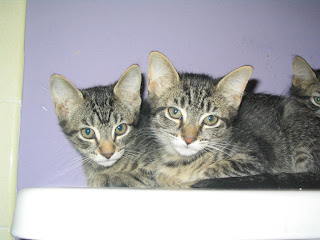 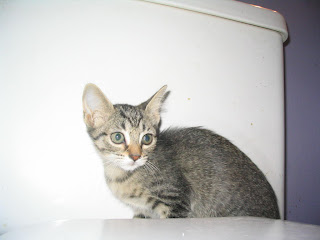 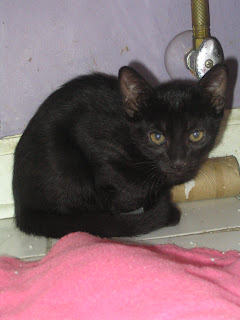