Ivy and her bear

Cupcake's mom Julie gave us this bear for the fosters. Well it never made it into the foster room and has been adopted by Ivy as one of her favorite places to nap. It is on the floor and moves around - mostly so it is more in the sun. 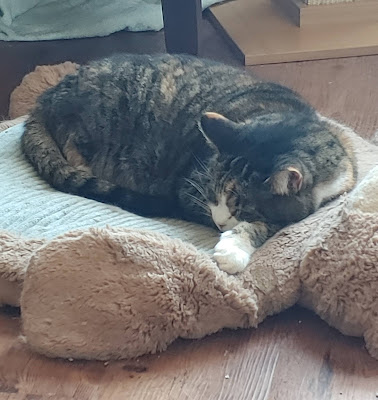 For those who may be new, Ivy is ok with the other girls here, but she has NO use for Junior. She already lived here when he joined us and he had very few cat skills and tended to stalk Ivy. It got to the point where she wouldn't run, but she would get mad and make a lot of noise. It was easier for mom to tell him no rather than let him get too close.

Mom looked over the other day while she was working and saw this: 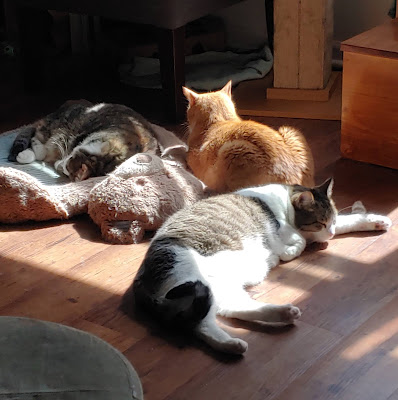 Well that could be a sign of the apocalypse, but more likely Ivy has gotten old enough to stop getting overly worked up about how close he is getting. She was comfortable and napping and she had no intention of moving just to suit him. Luckily he didn't get any closer than that to her.

Email ThisBlogThis!Share to TwitterShare to FacebookShare to Pinterest
Labels: Ivy