A weird day in rescue

For anyone in rescue, you know it can be a total up and down adventure.

Friday was totally one of those days. The alarm went off and when I turned it off I discovered a text from another volunteer that the family that adopted Annatto who was here as a foster in August 2017. For new readers, he was surrendered to a local vet. When they tested him they discovered he was FIV+ and sent him to rescue. Of course Colony Cats believes FIV+ and negative cats can live together, so I took him to foster and introduced him to the spice kittens and when they were adopted, he met Goldfish. 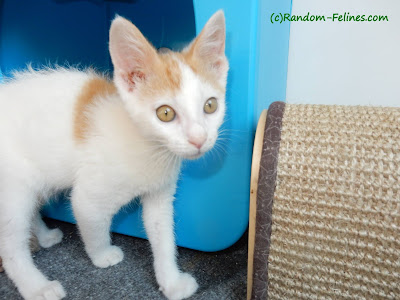 Well his name is now Roe and his family adores him. 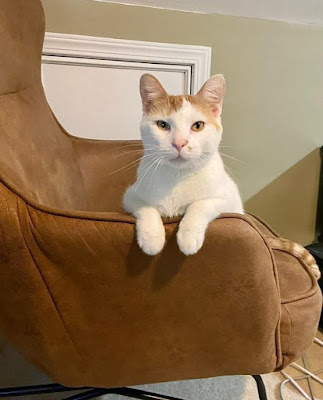 So that's a pretty great way to start the morning.

However, later that morning I got a text from the director of the rescue. I had done an adoption on Wednesday to a family of two cats - one went home and the other we kept back when we realized she had a big bump over her spay incision. She was seen by the vet the next day. Friday morning the volunteers came in and found she had passed away over night. She was 3 years old and super sweet. I had to call the family who was waiting for an update on when they could take her home only to have to tell them that she had died. (before you judge, I offered to contact them since I had met them all on Wednesday) Fortunately the family was very understanding and will be coming in next week to see if they meet another cat to adopt.