Oh how I would love to not post one of these some year. But until that happens, please join me and other bloggers bringing attention to those animals that are still in shelters waiting for their forever homes.

The Helen Woodward Animal Center started this movement to bring awareness to those animals that spend too long in shelters or are euthanized every year simply due to lack of adoptive homes. While nationwide annual euthizations for space are decreasing, the number is still too high. Lack of space is no reason for an animal to lose its life. 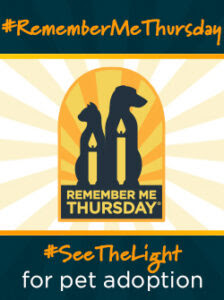 This year I want to spotlight one of the long term adoptable cats at Colony Cats where I volunteer. Colony Cats is a no kill limited admission shelter that takes also does a lot of work in the community doing Trap-Neuter-Return (TNR). That means sometimes we take in cats that are harder to place. This doesn't mean they don't deserve a forever home, but it does mean that it can take longer for them to find the RIGHT home.

Ares is one of those cats. He came into the shelter February 2018. He was found as a stray and neutered as part of our TNR program which is why he has an ear tip. We think he is about 7 years old but we have no idea how long he was out on the streets or what he went through to survive. He is a big tom cat that needs a special person who will be willing to let Ares be Ares. He is fine in our adoption center with the other cats. But he had been adopted once and developed a weird habit of stalking the people in the home. He went through "boot camp" with the rescue director and seems to be doing better.

Ares needs a home with experienced people and no kids. Maybe another cat. Maybe a dog that will respect his space. But if that never happens, the rescue stands by him. He will have a home with the rescue for however long he needs. 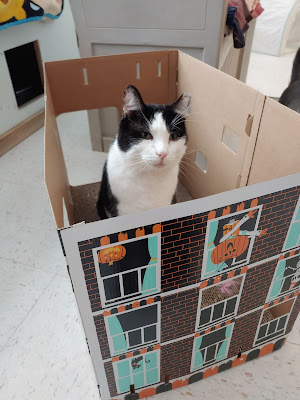 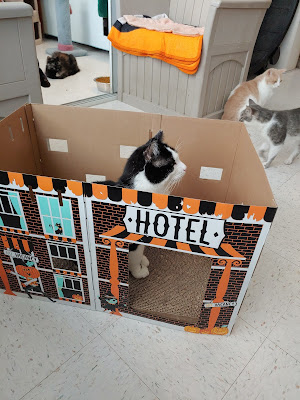 Please join me and other bloggers and social influencers and celebrities in holding up hope for those animals in shelters that are waiting. #RememberMeThursday #SeeTheLight Share your story and be sure to use those hashtags. You can also light a candle in their gallery to remember a special animal and tell their story.

Email ThisBlogThis!Share to TwitterShare to FacebookShare to Pinterest
Labels: remember me thursday