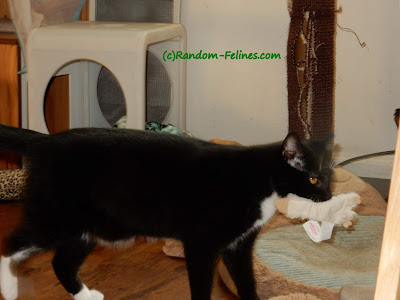 a girl and her favorite toy 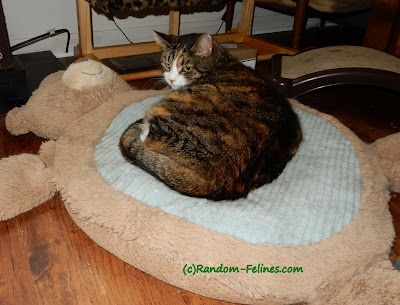 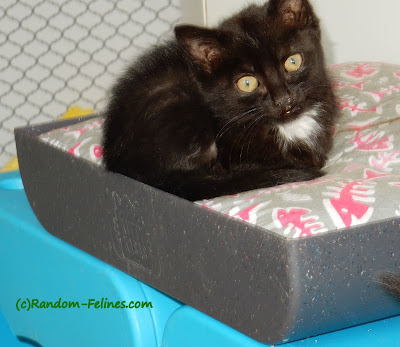 We have mentioned on social media that Miss Dragon wasn't feeling so well. She has a virus called calici - which makes her stuffed up and also causes lesion (sores) in her mouth. She wasn't eating for several days and mom was having to syringe feed her. Despite not feeling well, Dragon has some serious ninja skills and mom has been sliced up by the baby claws (yes Dragon got a manicure - no it doesn't make much difference). Thankfully Dragon has started eating again on her own and we seem to be over the hump with her. One side of her nose is pretty swollen so she whistles while she breathes and HATES getting her nose cleaned. Her mouth is still pretty sore but it is being managed. And she screams like a lunatic when Gargoyle jumps on her trying to play.
Posted by Random Felines at 6:30 AM