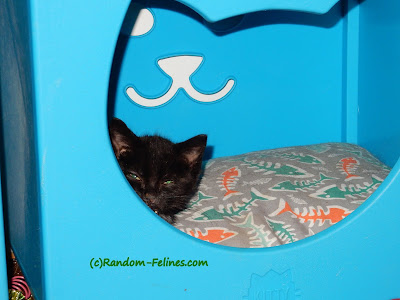 Dragon in her lair 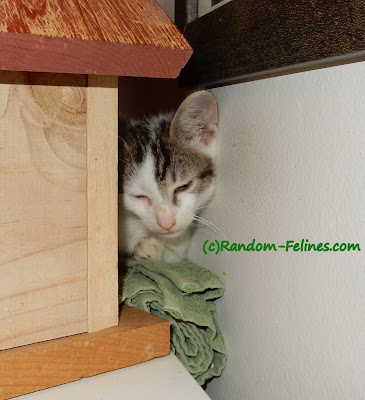 Selkie thinks he is hiding 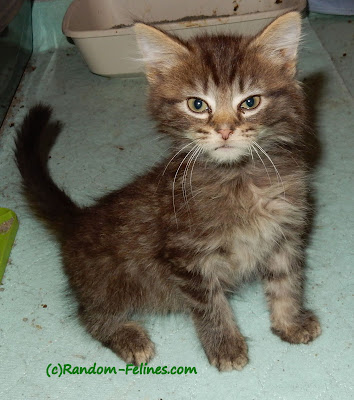 you have offended the Wyvern 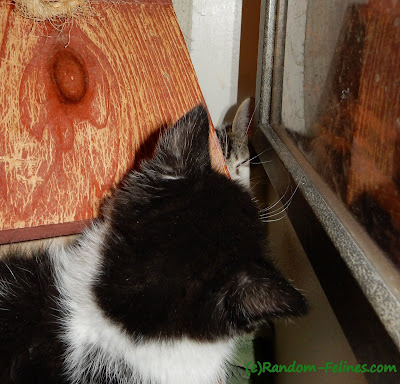 The kittens are doing pretty well. Gargoyle is still being....herself. :) She is 14 kinds of opinionated - about everything. You are combing her wrong. She hasn't been fed in a timely manner. Those new kittens showed up without her permission. On and on....

And now she is mad at mom too - it seems that Dragon decided to share her cooties and now Gargoyle has them. So they are both being medicated. And no one is happy about it (including mom - she is tired of being stabbed by Dragon). Fortunately Dragon is feeling much better and it out of the cube most of the time and playing.

Selkie and Wyvern are a little shy which is understandable. But they LOVE toys and food, so mom is using those as bribes. We bet they come around in no time.
Posted by Random Felines at 6:30 AM