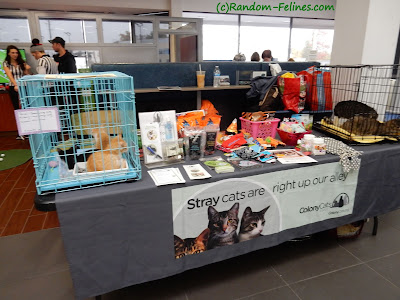 Part of rescue is getting out to adoption events. This past weekend a local Subaru dealer sponsored a #More2Love event with several groups coming into their dealership. The weather was miserable but thankfully there was space inside for us to set up since we brought kittens.

At most of these events, we don't do adoptions. We will take applications, but since we check several things we generally don't send them home same day anyhow. Mom says these events are mostly to get our name out there and raise awareness. 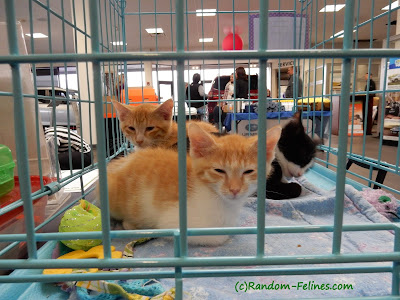 Mom took Kilkenny and Sapporo since they are the two that are neutered. She took along Peroni since - let's be honest - she knows how to bring the cute. (BTW - mom weighed her on Sunday and Peroni weighed 1 pound 15 ounces....at 3 months old) 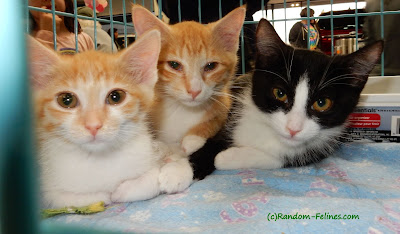 The kittens weren't very impressed, but then again, kittens are generally impressed by being stuck in a carrier and then into a crate at a strange location with loud noises. 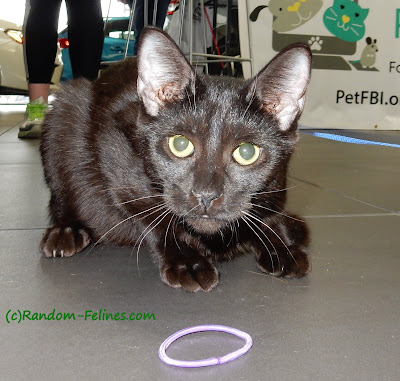 This is Doug. He is about 6 months old and another volunteer picked him up from one of our partner stores and brought him over. He is super sweet and did great out on a leash and harness. He loves to snuggle and didn't even mind when a dog decided to clean his ears. Doug has been at the store for 2 months now and we have NO idea why he hasn't been adopted yet.
Posted by Random Felines at 9:02 AM