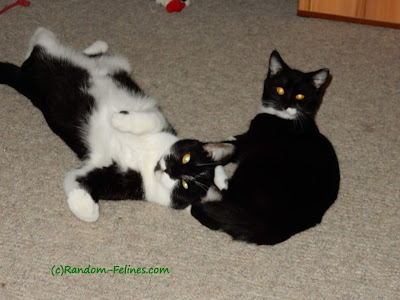 What? We not doing anything.... 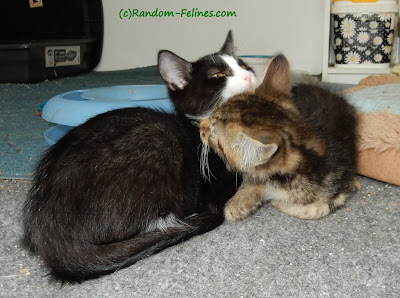 Guinness putting the bitey on Saporro 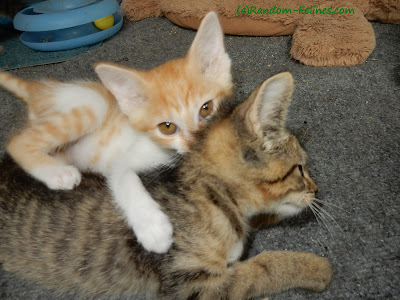 Peroni putting the bitey on Guinness 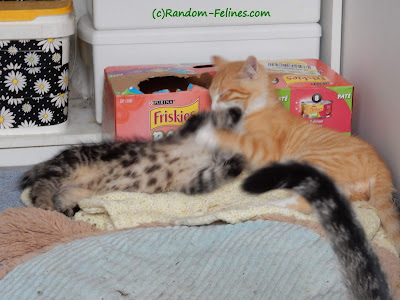 Balashi getting the bitey from Kilkenny 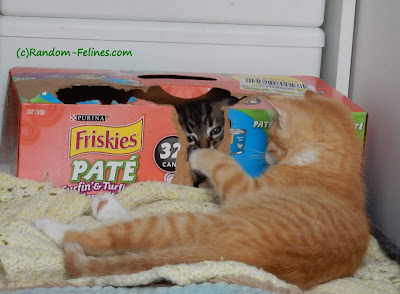 and he is SO over it

Some household have the one annoying sibling that likes to poke everyone else for attention. We happened to currently have several. For Peroni, we are pretty sure that the phrase "what goes around comes around" certainly applies. For as much as she get pounced on, she has been caught doing just the same to everyone else.

Guinness is still learning how to cat so he is more than happy to chew on anyone that passes by his personal space.

Balashi was just passing through and enjoying the box when Kilkenny decided to chew on him.

As for Chanel and Goldfish, those two are a riot. Mom is pretty sure that Daiquiri is getting the last laugh in those whole situation...though we aren't very sure that Chanel gets the joke. In any event, the tuxedo girls are having a good time with each other. Every once in a while Goldfish will chase Daiquiri - who will put up with it for a short period of time and then resorts to some HBO words to try to get Goldfish to back off.
Posted by Random Felines at 6:30 AM