back story on the Texas kittens 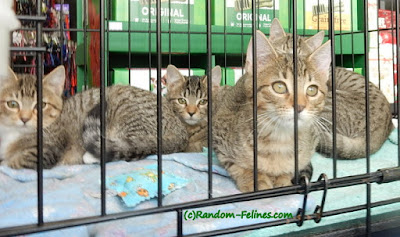 While mom had the kittens out on Saturday, she decided to reach out to their original rescue organization and give them an update. The kittens came from Wharton County SPOT in Texas. 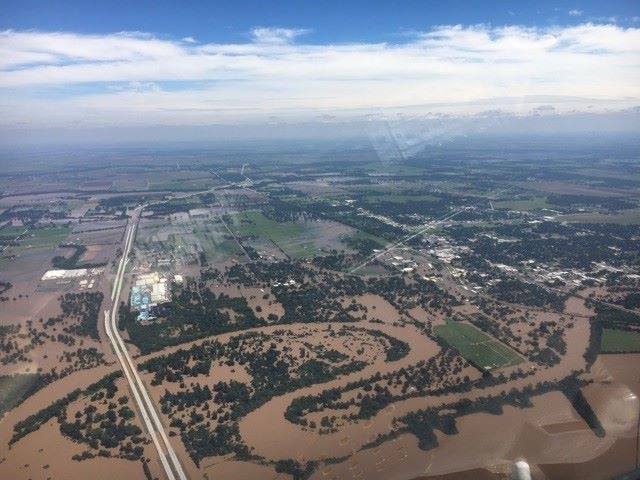 the area after the flooding 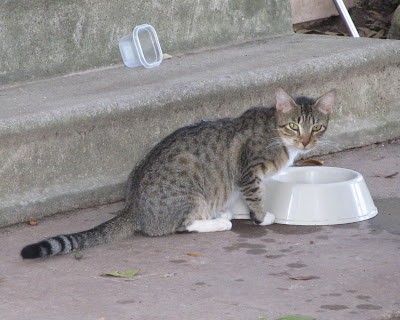 Amelia - mom cat to the kittens. We think the paperwork got separated during transport as Amelia wasn't with the kittens and neither mom or the rescue knew Amelia is the kittens' mom until we got the email from the rescue with more information. 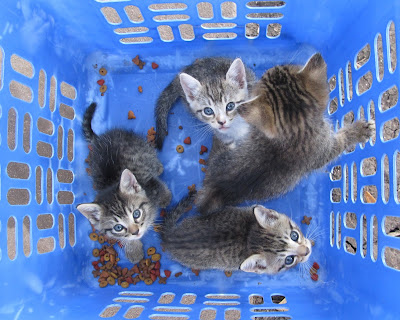 The kittens in a crate on the front porch.

Mom was going to give you their story, but decided to just let Christine tell it to you in her own words:

Our community was devastated by catastrophic flooding. It was unprecedented and caught many county residents off guard, necessitating rescues by boat in the pitch dark/middle of the night. Some were alerted to the situation by their dogs - who ran off due to the water quickly rushing in.


We were contacted during the flooding by someone with a contact with Alley Cat Allies. As a result, we were able to transfer 24 cats/kittens to Austin Pets Alive when the water receded - these were cats/kittens already in our care or at the two municipal shelters. Alley Cat Allies also awarded us an emergency grant which then allowed us to help more cats/kittens. This was a godsend because many of our Board members/fosters/donors were affected by the flooding and are now focused on getting their lives back on track. Many community members and some businesses are living in travel trailers on their property while renovations to their homes/businesses are being done.

About 3 weeks after the flood waters receded, we received a call from a woman who's home was flooded. A stray cat had made her way to her porch with her four kittens during the flood. I went to meet with her and assess the situation (were they healthy, friendly). It can be tricky with outdoor cats with our limited resources. It costs us about $200/cat for vaccinations, exam, and other expenses.

The other positive was that Colony Cats had already agreed to take in more kittens/cats from us and we had transport scheduled the following week. As a foster-based rescue, we are challenged with having enough folks to care for cats until we can either get them adopted or transferred. And transfers are tricky because the ground transport group we use for dogs has a driver that is allergic to cats. We have found a different transporter who transported the cats to you both time, but it isn't cheap - about $700/trip. The grant helped fund the two trips.


The kittens were adorable and she had already caught them in a milk crate; I was able to handle them. The momma cat was approachable and Mary's daughter was able to catch her and get her in a kennel. I thought it best they come into SPOT's care while they were all "caught." They hung out in our office for a week until we were able to transport them to you.
~~~~~~~~~~~~

We are VERY grateful to the lady who found Amelia and her kittens and to SPOT for taking them in knowing they had a safe place to go. Thanks also to Alley Cat Allies for grants to help with transport costs. It really does take a village to help save animals.

The kittens are all safe and healthy and will be at our adoption center starting tomorrow looking for forever homes. Amelia was spayed and is in our intake department getting over a cold. Mom got a good look at her on Sunday and she is very cute and looks very much like her kittens. Once she is over her cold she will go back out to the adoption floor.

Normally we ask for your support for our rescue. But...in this season of giving if you are so moved, we would be grateful if you decided to give a little to SPOT to help them rebuild.
Posted by Random Felines at 6:30 AM