Mom had an interesting conversation at an adoption event on Saturday. She had taken Chanel, Bogart and Rooney to the event along with other kittens from the adoption center. A guy in his 20s came up and they were talking about cats and he mentioned that he rescued a kitten that had wandered into his back yard. Mom said that the world needed more cat guys like him. He kind of blushed and said he didn't want to be called a cat guy. 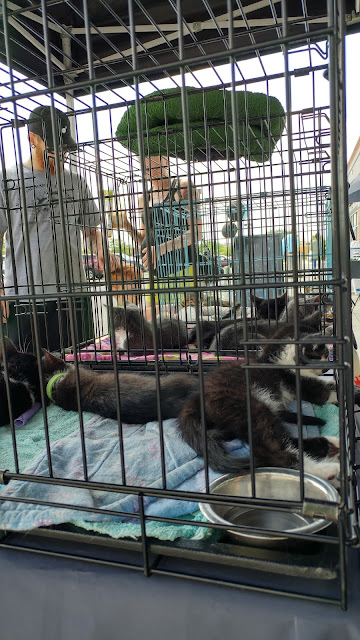 But why not? While mom gets annoyed with the "crazy" part of cat lady, it seems that being called a cat guy is a cool thing. There are famous cat guys: think Jackson Galaxy. There are some cat guys that some people wouldn't think are cat guys: Chris Barron the lead singer of the Spin Doctors is on Twitter and takes time on Saturdays to like and retweet cat pictures. Mr. Blasko on Instagram plays bass guitar for Ozzy Osbourne and is a cat guy.

There are are cat guys that blog: Brian's Home is run by his dad Terry; Animal Shelter Volunteer Life is written by our friend meowmeowman (aka Kevin); I Have Three Cats is written by John. (and those are just the ones mom can think of off the top of her head...we bet there are lots more out there - be sure to share and let everyone know).

And then there are the lady bloggers with cat guy husbands that are too numerous to list here....but there are LOTS of them.

Of course there is Cupcake's new dad as well: 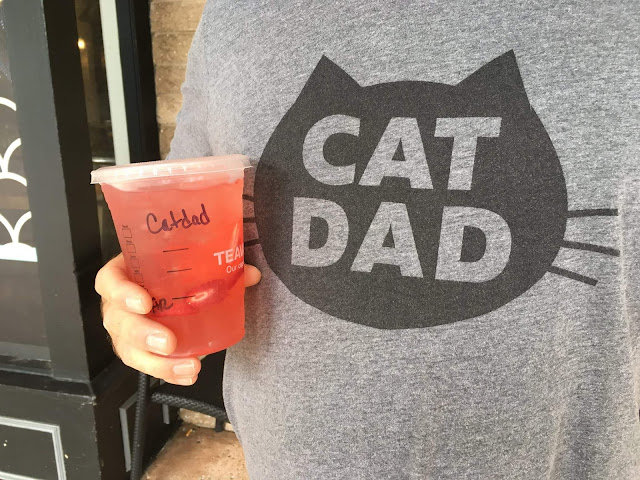 Do you have a favorite cat guy?
Posted by Random Felines at 6:30 AM