We took a vote and mom is going to have to leave the gingerbread house up forever (though the chimney is now missing.....) 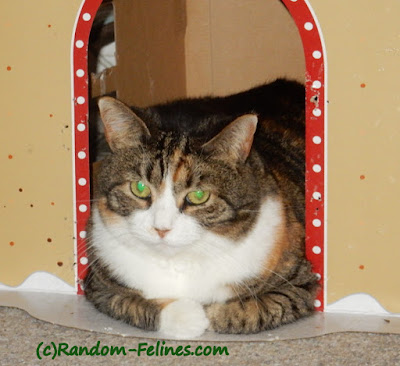 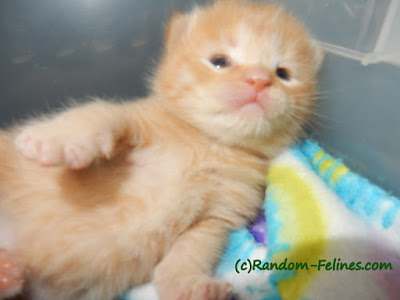 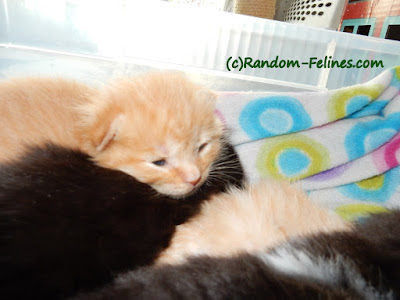 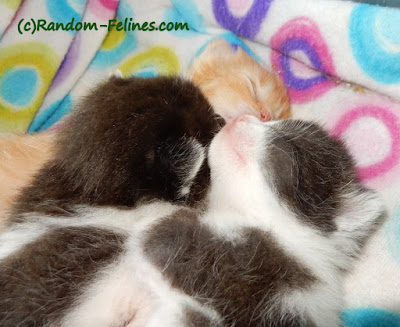 The kittens are doing well. The other night there was some serious howling and when mom checked on them, Millie was in the box with the kittens and Versace was out walking around (if you want to call it that) on his own. No idea if he got fell out of the box on his own or Millie took him out and then left him out. Either way mom put him back and there have been no escapees since then.

It is supposed to be pretty nice here this weekend. The windows have been open some but then it gets chilly at night and mom worries about the little ones so she closes most of the windows in the evenings. She is thinking about planting flowers again on the balcony and maybe trying to get that started this weekend as well.
Posted by Random Felines at 6:30 AM