Mom made a mistake on Friday....she stopped at the adoption center to drop off the contract and fee for Marilyn. Then she wandered through the intake part..... And came home with this: 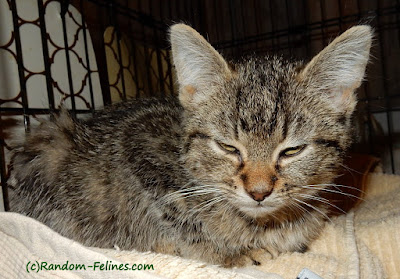 When mom picked her up Friday, she was tested (negative - YAY) but was COVERED in fleas. It was bad. She had been sprayed with Advantage spray on the 15th when she came into the rescue - after being left at one of our partner stores (anyone sense a theme for this fall....Wheat, Saldano, this chick), but it wasn't working.

Mom gave her a bath in Dawn but it was still bad....so they pulled out the big guns and gave her a part of a capstar. And tada!! no more fleas. 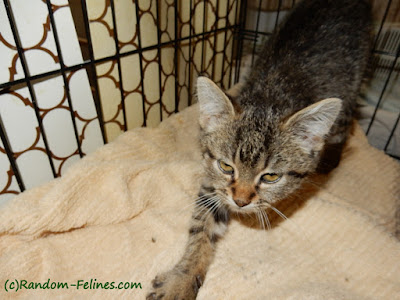 The original plan was to introduce her to the brandy kittens and make her an honorary "brandy". However, after a day in the tower, she is still fighting off some serious parasites and mom wants to give her a chance to put on some weight and start feeling a little better. For now she is living in the tower. 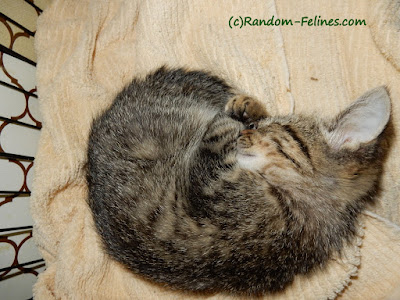 Cassis
So anyhow, meet Cassis. She is about 6 weeks old and was a hot mess. She has been sleeping and eating and that is about it for the past few days. But she is already purring and greets mom asking for attention, so that is a good thing.