We were hoping to have open windows for a while, but it appears that the days are going to be warm. Though mom says the nights will cool off and she will open the windows then. It is tough since we live on the 2nd floor and there really isn't much air flow through the condo.

Wheat and Saldano continue to get along. They are playing some though tend to nap on opposite sides of the room. At least there is no more singing of the "I am lonely" song.

Marilyn and the kittens are doing well. The black kittens are pretty tiny still and that worries mom some. She put canned food out and they ate some but not much. 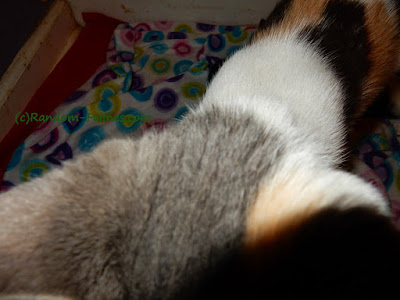 Marilyn is so friendly that getting her picture can be tough 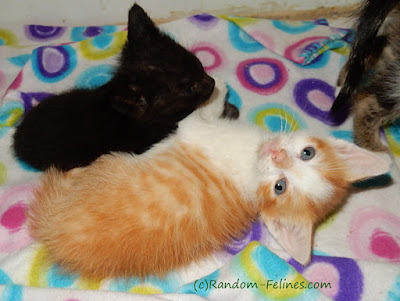 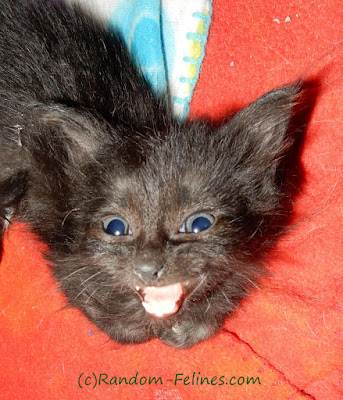 one of the girls has a complaint 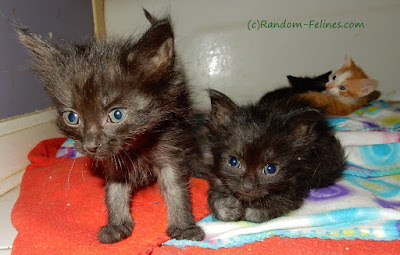 both girls (can't tell them apart yet) 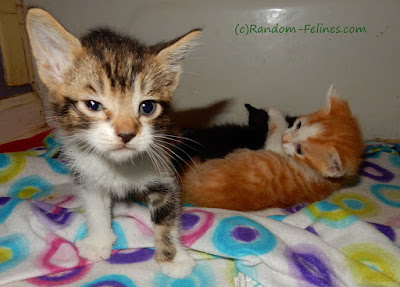 Russell has a skeptical
(actually he had an eye booger)

Mom pulled out the gates the other night and sat in the hall inside the gate to give the kittens more room to run around. Daiquiri of course wanted IN but mom told her no. Fortunately Marilyn seemed unfazed both by wild kittens and Daiquiri outside the gate. But that doesn't mean being INSIDE the gate would be OK.

The kittens had a good time running around a little more space. Mom won't leave the gate up unsupervised, but it is a nice way to get some air circulating and give the kittens some room to run.

Hope you all have a safe and happy weekend!!
Posted by Random Felines at 6:30 AM