If it weren't for the fireworks banging outside, it would have been a perfect weekend. The weather cooled off some and mom opened the windows.

With the long weekend, she got stuff done early on Saturday. The cable guy came over and discovered we didn't have cable to do a fault connection. Fixed with a simple new cable. sigh....

The kittens are still fairly snotty but are getting better. And Hemlock and Sumac are getting friendlier (relatively speaking of course). They are all big enough that once they are feeling better, they will get spayed and neutered and then up to the adoption center. 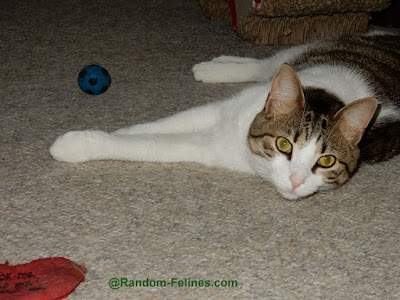 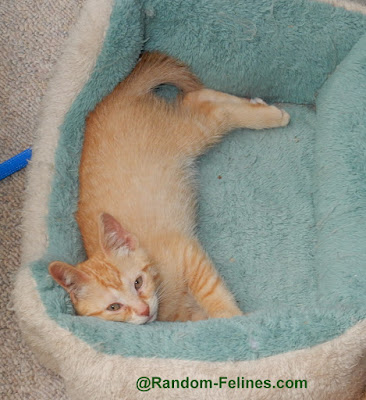 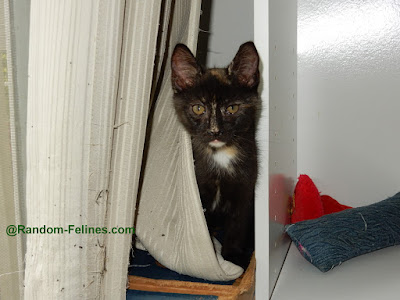 will be hiding here until the banging stops

Fortunately the fireworks weren't too bad. There was some set off Saturday night that sounded like they were right under our windows. The kittens freaked out but rebounded pretty quickly. Daiquiri hid and then came out and found Junior for some sympathy. With the nice weather, the windows are open and it certainly is louder....but we want to enjoy the nice weather.

We also owe you an update on the flower kittens. Amaryllis is still at the offsite adoption location. She is doing well and seems to enjoy the big window by her cage. Dandelion got sick again and is in another foster home since we have the tree kittens. And....Muscari was adopted!! 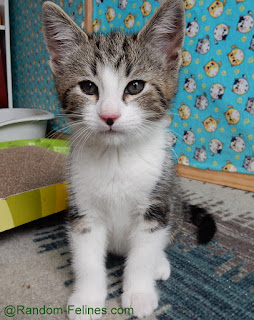 Ivy spent most of Monday doing this: 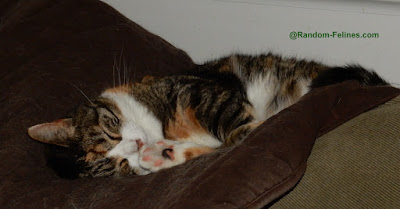 Seriously....we don't think she moved all day. MOL
Posted by Random Felines at 6:30 AM