Yep - it is definitely summer....we think the hots are here to stay for a while.

Mom spent more time with the kittens this weekend. Mozart got into the foster space on Friday (mom didn't have her camera). Two tree kittens ignored him, a couple of the kittens were curious....and the rest freaked out and put on their stranger danger suits. Sumac and Hemlock called him several names too. Since kittens aren't really his thing, he didn't stay very long. 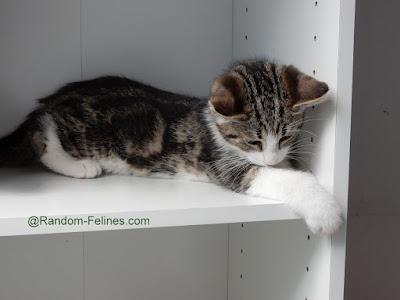 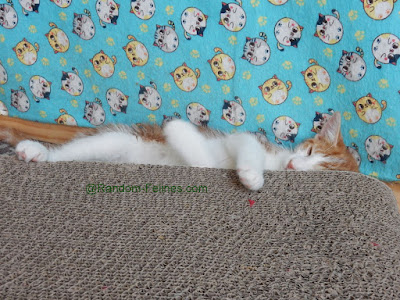 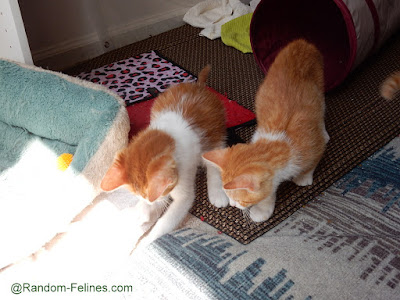 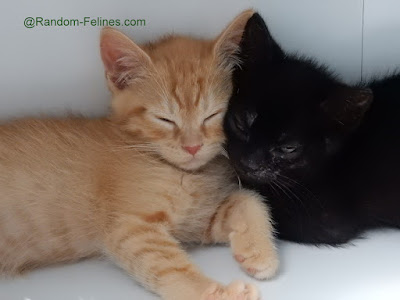 Everyone seems to be feeling better. The flower kittens will probably go to an adoption event with mom next weekend and then back to the adoption center. The tree kittens still have a few weeks before they are big enough for surgery.