We hope you all had a nice weekend. It was HOT here on Saturday. Mom was cleaning at one of the remote adoption locations for the rescue and ended up calling the police for a small dog locked in an SUV. Our state has passed a law for breaking windows for pets and kids, but it doesn't go into effect until August. As the police (finally) showed up, the family (WITH KIDS!!!) came out of a nearby store and the cop did lecture the dad. Hopefully they won't do it again....

As for adoptions, the best laid plans and all that.....

Mom took the flower kittens up to the adoption center after work on Friday. Dandelion started doing his cough from being sick in May so mom ended up leaving Orchid and Muscari (who, it turns out is a BIG whiner). She planned to meet the head of the rescue Saturday morning to have her check Dandelion.

Well, turns out he was running a fever....and the other two didn't look so hot either. Mom ended up picking them all back up and bringing them back home.

The little ones are sick as well. From all appearances, it is a virus called calici. The FVCRP vaccine covers this, but since the older kittens were sick, their vaccines just started and the little ones got their first one when they came to our house. All of OUR vaccines are up to date, so it isn't something we will get from them. And Amaryllis was vaccinated right after the kittens were born, so she had time to build her immunity. Mom got a text from Miss Beckie that has Trillium and apparently he had a fever on Friday. Must be a weird family thing. Anyhow, they are on meds and the important part is to keep them hydrated and eating (which they all are). However, nothing like trying to socialize hissy torties and now having to catch them twice per day and force meds on them. sigh..... 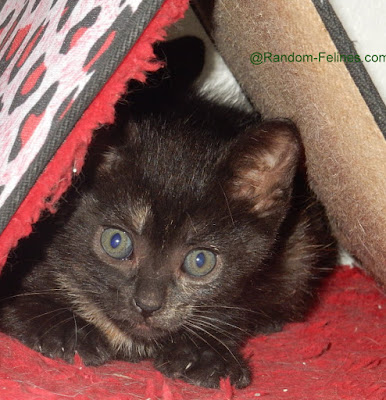 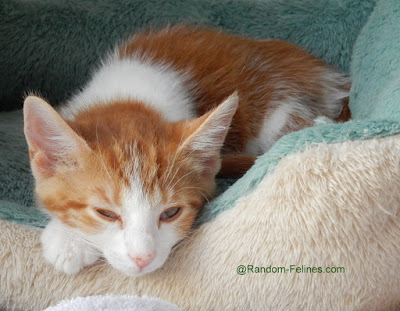 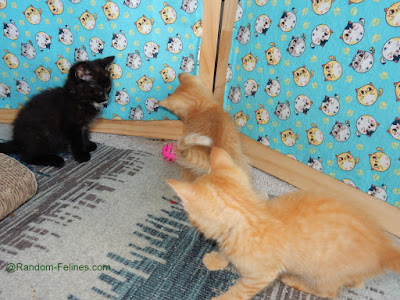 Juniper and the boys
(she the friendly tortie) 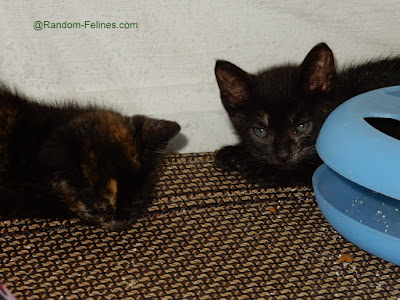 Hemlock and Sumac
still not sure about that foster lady