Last week mom took off for another trip to Best Friends Animal Society. This is her fifth trip and if you have never gone and get the chance, she certainly recommends you go out to visit. It may not be easy to get to, but is certainly worth the trip.

Two years ago mom took her niece (aka the kid) out to Best Friends. They both had a great time and the kid let it be known she wanted to go again. They made plans to go this year and mom's parents went along too. Mom came back before everyone else (due to that job thing) and the kid and the grandparents are spending this week seeing the west and some national parks.

Monday morning mom and the kid went to cats. Mom left it up to the kid as to which house and she once again chose CalMar (more on that Thursday). Some of the cats will walk on leashes and others like stroller rides. Mom and the kid took Gus for a walk...which ended up being more of a stroll. As you can see from the coats, in the shade it was a little chilly. 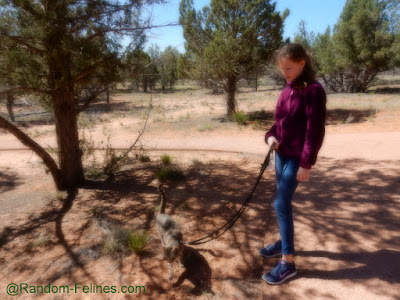 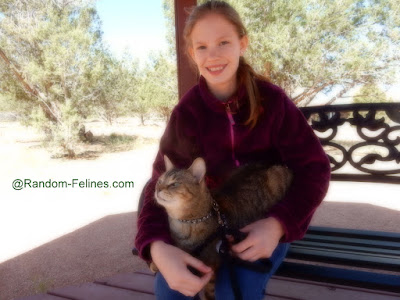 taking a break from walking

Monday afternoon all four of them worked in bunnies. Mom tried to get pictures but her camera was not cooperating. They cleaned pens, fed the bunnies some greens and cut apple sticks for the bunnies to chew on for their teeth.

Monday night was sleepover night. Mom and the kid decided to bring home two cats from CalMar. They knew grandpa wouldn't enjoy it, but whatever..... 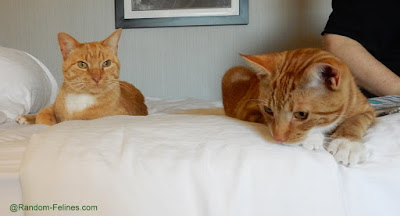 Barney (left) and Fanta (right)
Barney (and his brother Beau) have been at the sanctuary for a few years. They are 5 years old now and pretty healthy. Barney is Mr. Social - making friends and being very sure his job includes escaping his room for the lobby at CalMar. He is a sleepover expert and they pair him up with other cats all the time. He did great.

Fanta is one of 4 juvenile kittens that came from a rescue in New Jersey due to their FeLV status. The kittens are all doing well and are almost a year old. Fanta did well on the sleepover too.

Mom and the kid agree the sleepover would have been much more enjoyable if they didn't spend most of the night worrying about the cats going over to grandpa's side of the bed though. MOL 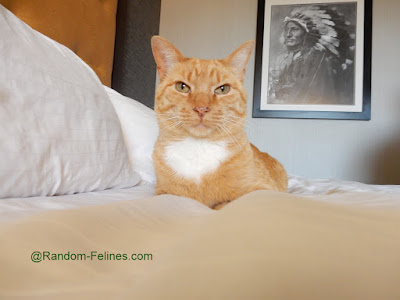 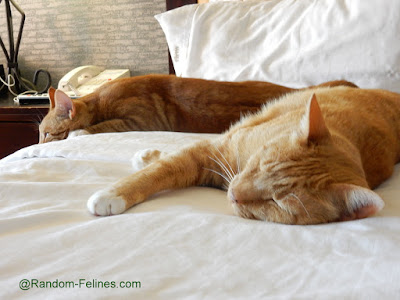 Tuesday was Bryce Canyon National Park. Since it was an all employee meeting day at Best Friends, mom and her family took the day to go see this national park near the sanctuary. Pictures don't nearly do it justice....it was pretty amazing. There is lots of hiking for those that do that sort of thing, and for others, you can catch a park bus and get off at several different stops along a circular route and see the main sights. 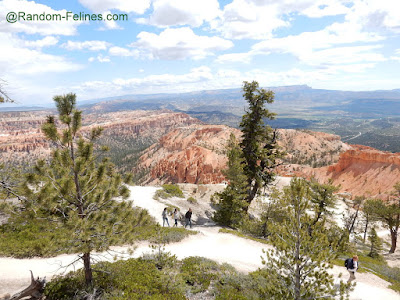 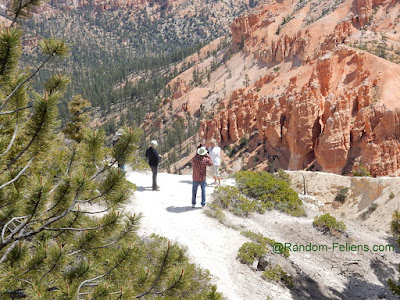 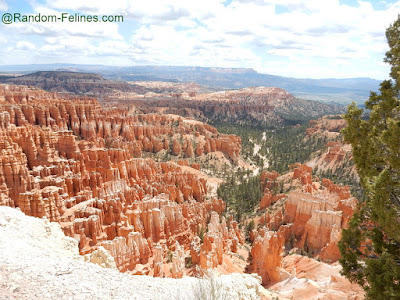 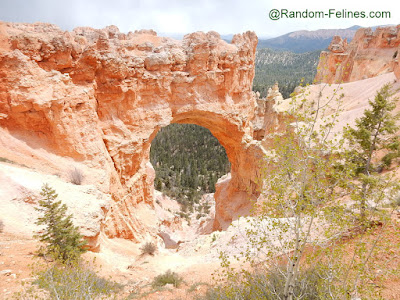 The whole canyon was under water at one time. At most of the lookouts, there is a pretty steep drop off right beyond the railings.