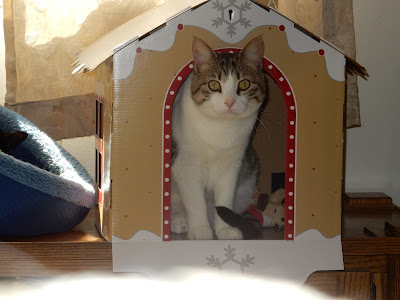 Amaryllis and the kittens are all doing well. Mom weighed them last Wednesday and they were all around 8 ounces. She weighed them again on Saturday. Trillium weighed 9 1/4 ounces, Orchid weighed 10 ounces and Dandelion and Muscari both weigh 10 1/4 ounces. We have some seriously chunky and healthy kittens. Amaryllis is taking good care of them but isn't hovering, which is good too. 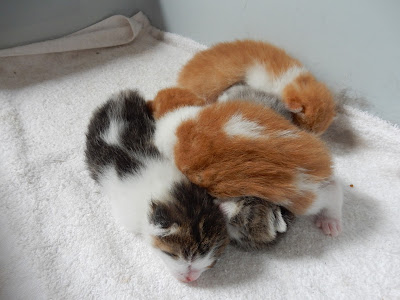 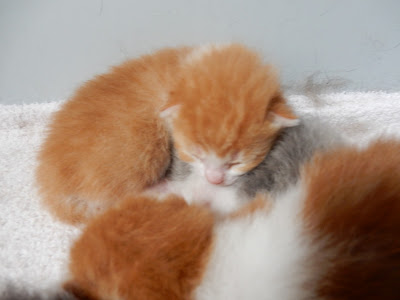 Orchid in the back, Dandelion in the foreground 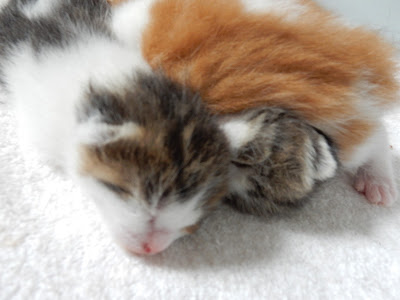 Trillium to the left, Muscari buried under his brother 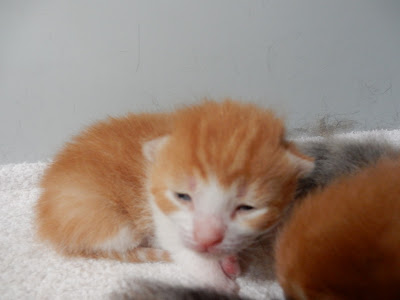 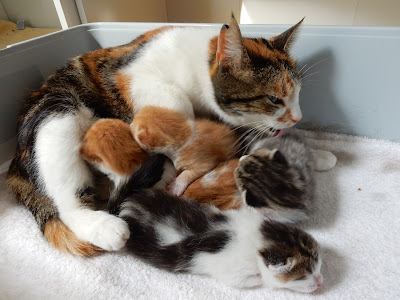 Orchid is very laid back. Not much fazes her....which is good as she is the only girl. Trillium is also pretty mellow. Muscari will tell you about it when he is done but is willing to get along with minimal complaining. Dandelion is a drama queen. Pick him up and he howls. Amaryllis will come over to check him out but doesn't act too concerned.
Posted by Random Felines at 6:30 AM