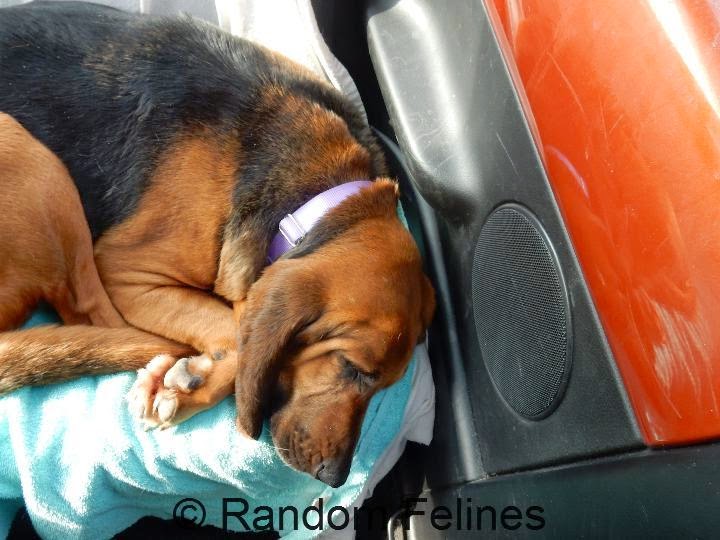 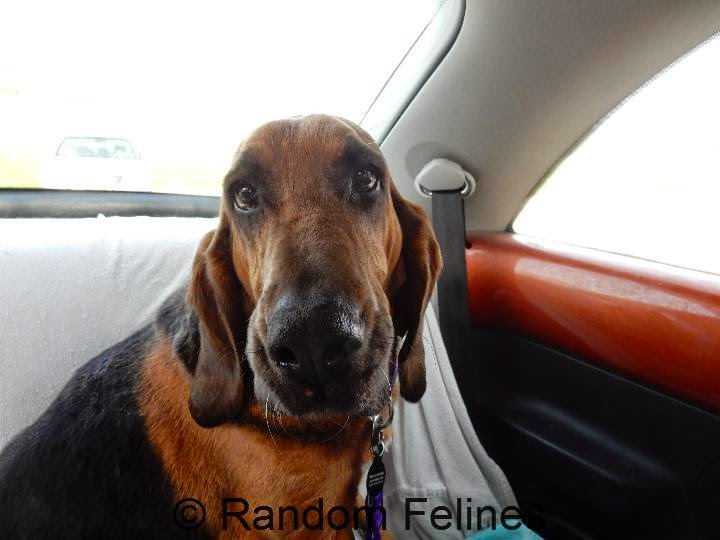 Mom helped get her from Kentucky to Canada over the weekend.

We don't know much of her story, but the way she came to the rescue was interesting. Ontario Bloodhound got a call from a shelter in Kentucky asking them to take a male bloodhound. The details were worked out and the dog was moved to a local vet to be checked over and neutered and boarded while transport was set up. As all that was happening, OBR got a call from the vet office that the dog had bitten one of their techs. Calls went back and forth with the rescue, the shelter and the vet. Turns out the shelter didn't give quite full disclosure. Now a decision had to be made....what do to with a dog that may be aggressive. The vet spoke to the head of the rescue and asked that the dog be given a second chance as the vet has interacted with the dog and thought he could be helped. Luckily, there is other rescues in the area. A local trainer said she could help, but was boarding another bloodhound that needed rescue and that would be the spot. So....a deal was worked out. Ellie Mae came to OBR and would take the foster spot and the dog would move in with the trainer. We hope she can help him and that he gets a chance at a home.

In the meantime, Ellie Mae is a petite and super sweet bloodhound girl. Maybe 60 pounds (and yes, that makes her a small bloodhound), she climbed right in mom's car on Sunday and snoozed the entire first leg of her trip to foster care.
Posted by Random Felines at 5:30 AM