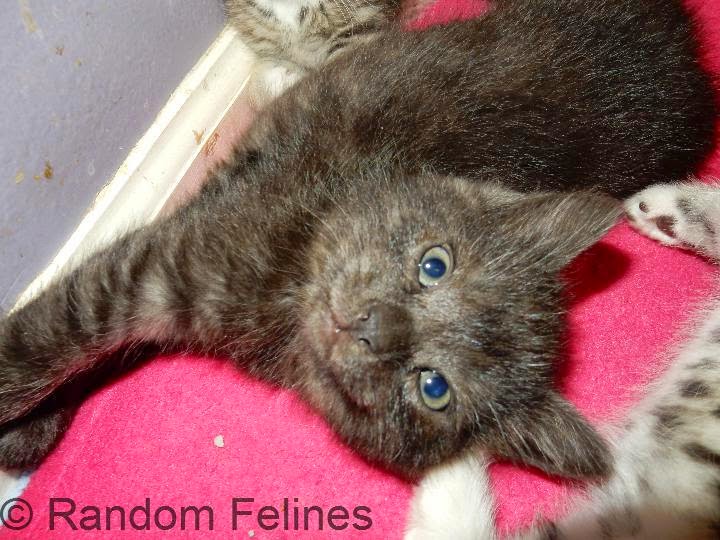 Mom stopped on Friday after work to drop off Strawberry after the girl was spayed. Normally Strawberry would have come back to the house, but with Fanta still here and trying to nurse, it was a bad idea. While mom was there a nice lady was looking at Rootbeer. Mom spoke to her a while - and mentioned about Fanta still being at the house (you know....in case she wanted a pair). Anyhow, she ended up adopting just Rootbeer, but he went home on Saturday!!!
~~~~~~~~~~~~~ 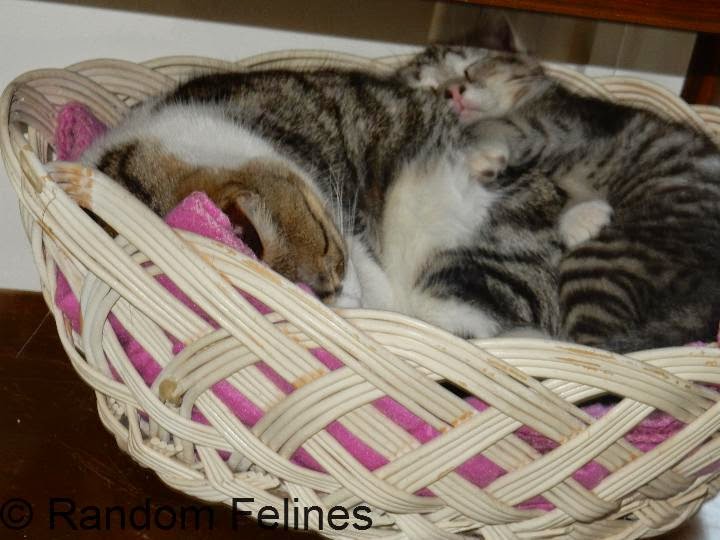 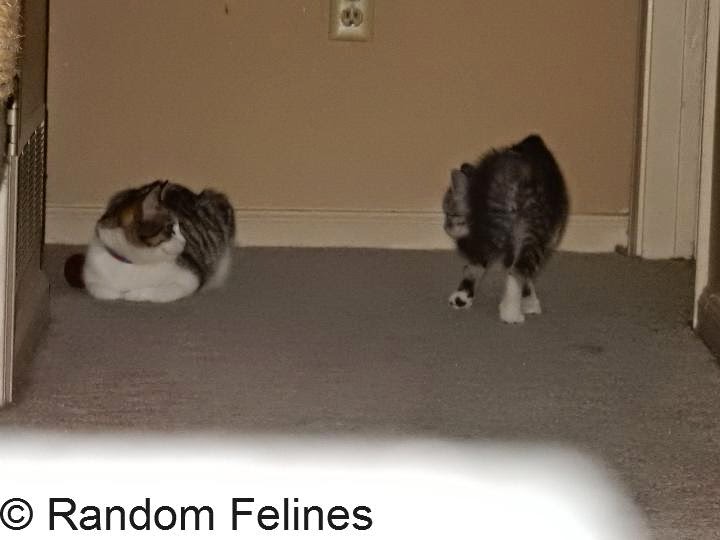 With Fanta still here, there was snoozing and shenanigans. Mom wishes there were better pictures of him goofing off like that second picture, but this is the only one that turned out. No idea why he was giving Daiquiri the what-for, but he put on his floof suit and bounced all the way down the hall. Daiquiri never moved....hahaha