Our house panther has been with us for 8 years. Hard to believe it has been that long some times. For those who weren't following us then, Mozart came to us as a foster kitten with his orange tabby brother Picasso. Both went back to the shelter to be adopted, but Mo got a cold and came back to the house. His eye infection got so bad that in fact he has a corneal scar on his left eye. It doesn't seem to bother him and if it affects his vision, you can't tell anymore. But at the shelter he was a 6 month old black male cat with "special needs". Plus he hated being there and was being a bit of an.....idiot....to strangers and some staff.  MOL

Mo LOVES mom. He is all over her a good deal of the time and would sleep on top of her if she would let him. And he has a mild obsession with chewing on her hair (she doesn't allow that either).

While he is great with people and most of us here, he certainly has his cranky moments....normally at the v-e-t. And while mom doesn't blame him for that, he has to be reminded that he isn't allowed to bite people either. He also grumbles about getting his nails trimmed and certainly has no use for foster kittens.

But we love him anyway. 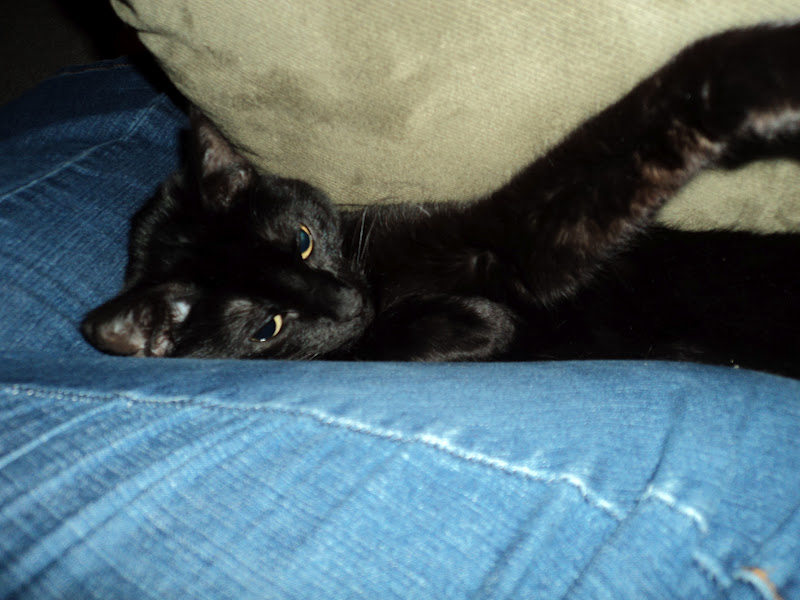 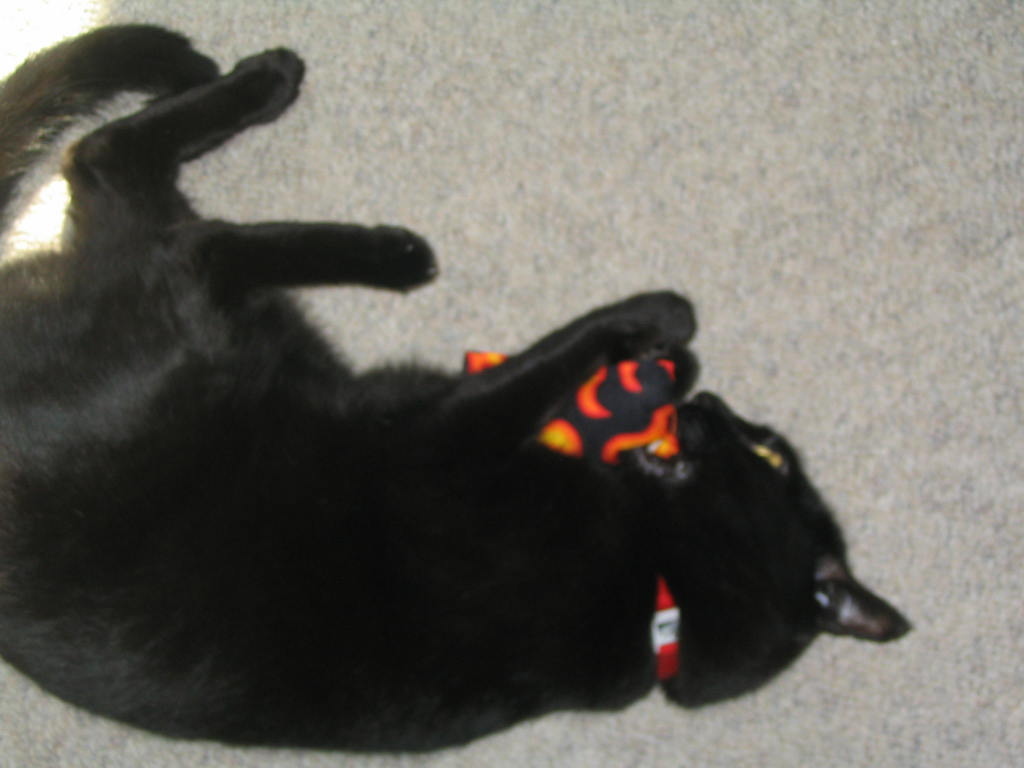 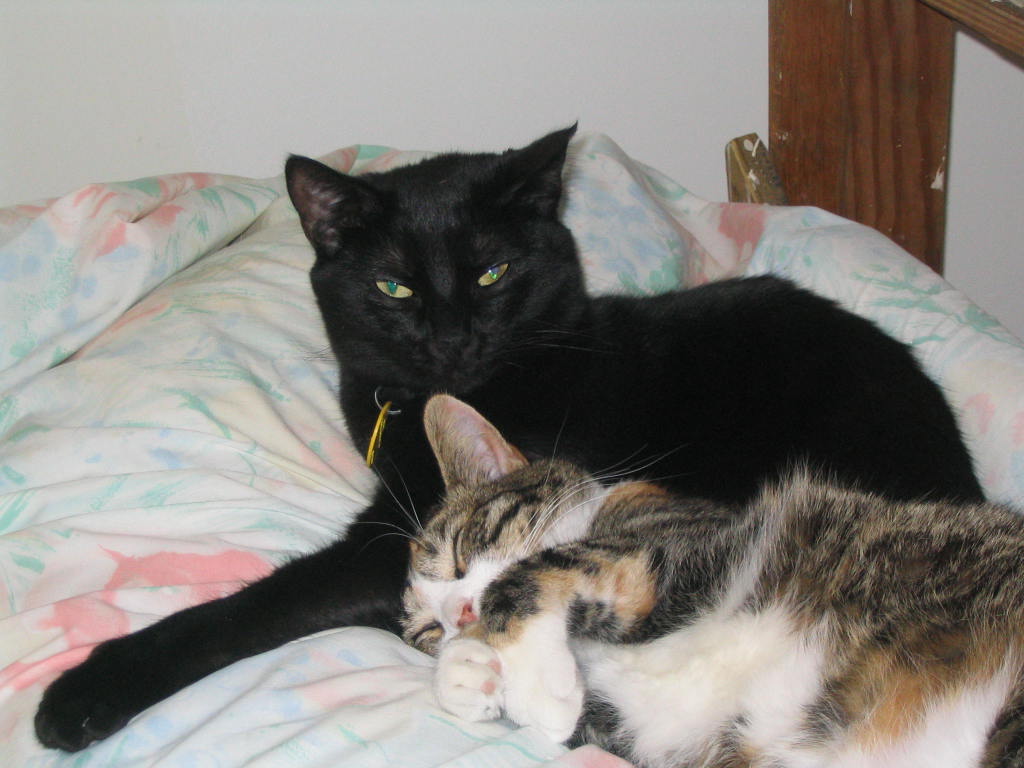 Someone made the comment to mom that maybe Mo will mellow with age. Mom is afraid he is already a grumpy old man and is going to get worse. hahaha
Posted by Random Felines at 5:30 AM