We heard that a local town has an art center and it's own office cat. We sent mom out to get more information..... 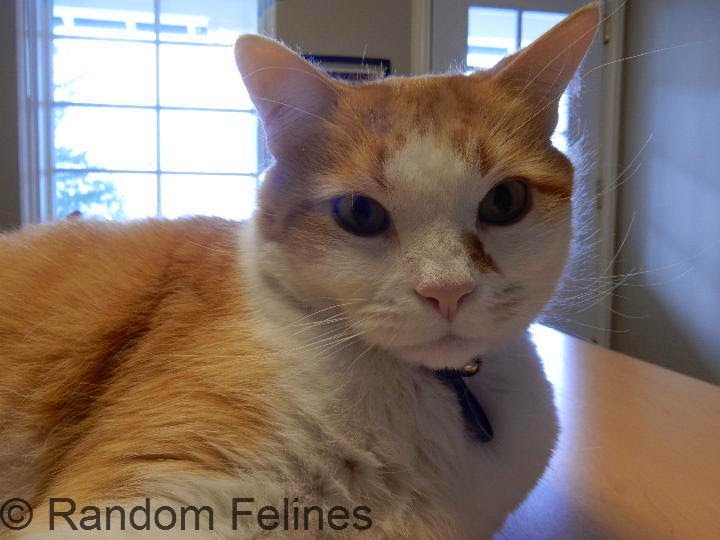 Meet D'Art. He lives at the Dublin Art Council.

The council is located in Dublin Ohio in a house built in 1941. It was a residence until the city purchased it in 1999 and the Arts Center opened to the public in 2002. It is located on riverfront property and is open free of charge to the public. They have displays and put on special programs. 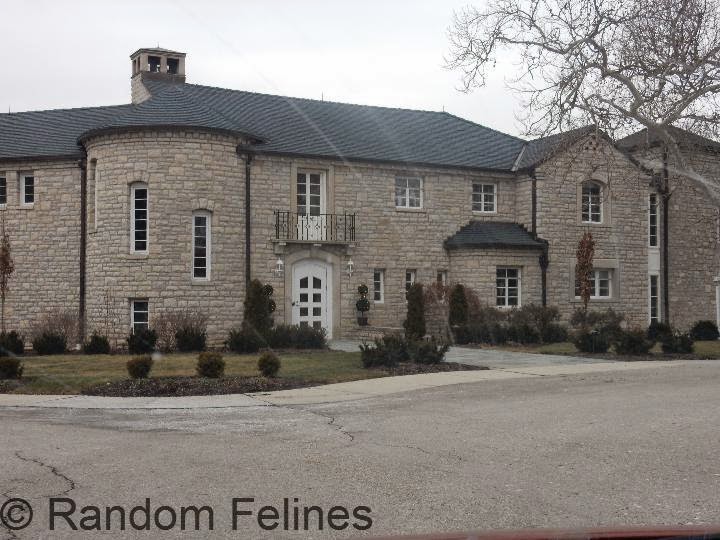 those back two windows look into D'Art's office

Mom arranged to meet with Janet Cooper, the marketing and public relations manager. She was SO welcoming and took mom on a tour of the center before they settled in to talk about D'Art. Normally D'Art meets visitors at the front door and joins the tours, but apparently heard the pawparazzi was coming to see him, so he got out his nip cigar earlier in the day and was sleeping off a nip high when mom got there. 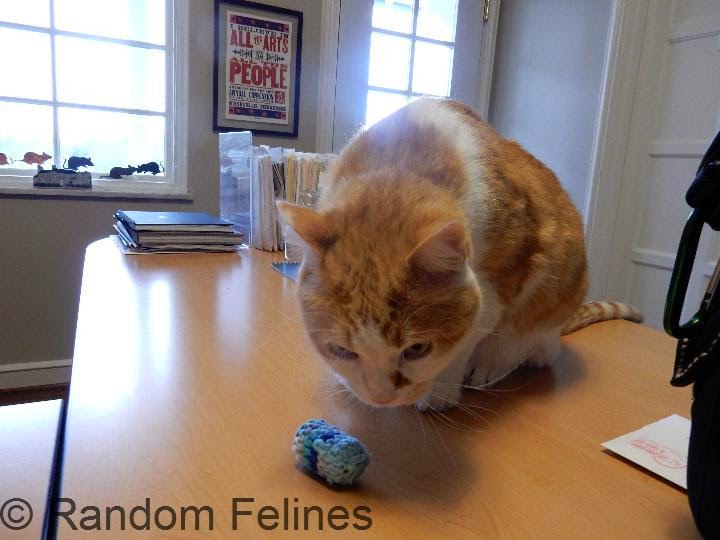 mom brought him a toy

D'Art has lived at the center for 5 years this coming February.
They think he was about 4 years old when he moved him, making him about 9 years old now.

Janet had gotten a phone call from a friend that this big orange boy had been found on a farm and the barn cats were not being very nice. TD as he was called at the time needed somewhere else to call home. Janet went around to her co-workers hoping someone would be welcoming. To her joy and surprise, the executive director said to bring the cat to the arts center and make him their office cat. The director christened him D'Art and he is a permanent staff member, attending meetings and greeting visitors.

In an interview on WOSU, (click to see their video) a local public tv station, the executive director David Guion states that when people come in they are greeted and then asked if they are allergic to cats. But he also says that having D'Art at the center keeps it from being a stuffy art gallery and gives it that homey quality that welcomes everyone.

That being said, if people are allergic or have fears or if there are installations going on with the door being open, D'Art is shut in his office. Don't feel bad...he shares it with two co-workers and it used to the master bedroom of the house. He is living in luxury.

Janet said there really has been no down side to having D'Art on staff. There have been many upsides however: from comic relief to stress relief for staff and artists to greeting kids and helping give tours. D'Art makes sure everyone coming into the art center is welcomed. He is also sure to attend all staff and board meeting. He is given free rein of the first floor that houses the galleries and the second floor that was converted from bedrooms to office space. Janet said the only time recently that he was kept upstairs was when there was a glass exhibit and they wanted to make sure he was safe and nothing was accidentally knocked over. Did we mention he is a big boy - weighing in at over 18 pounds? 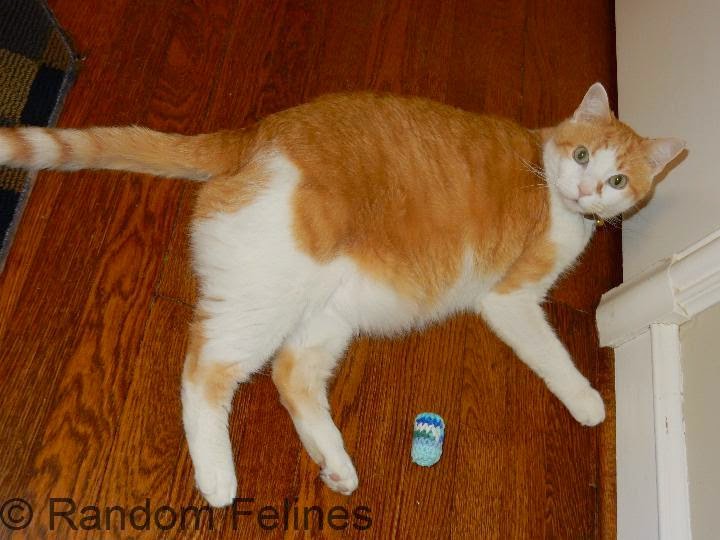 Janet mentioned that he was wonderful when he arrived. Her friend tramped through the snow to get him in a carrier then drove him along with herself and her child to Ohio to bring him to the center. He walked out of his carrier and made himself right at home.

D'Art seems to be an equal opportunity love for the staff, but he has a special routine with Christine who is their program manager and runs the front desk. He will come into her office and sit and stare at the water cooler until she fills a small cup for him and then holds it for him to drink from.

Speaking of artists, D'Art has been using the office iPad to create some art of his own and donates it to local animal charities to be used as fundraisers. And international photographer Richard Bailey did an exhibit at the center and spent some time photographing D'Art - and then sent the pictures in a book to the center. While they haven't notice D'Art inspiring many artists, they have noticed that he helps them set up and inspects the art once it is installed. He also makes sure to be present for the art camps that are put on in the summer for local school kids.

Mom expressed to Janet that she love the idea of having an office cat and that more places should get on board with the idea. Janet couldn't agree more. She said D'Art has been a joy to have around and they love him dearly. He had to have elbow surgery last fall and then spend time being crated to avoid jumping and she said that it was nerve wracking for all of them not to have him all over the building.

Overall, what a wonderful experience. D'Art got a new home. The arts center got a fuzzy welcoming committee. If you are in the area, we strongly suggest you stop over to see the art and meet D'Art.You can find them on facebook as well.
Posted by Random Felines at 5:30 AM