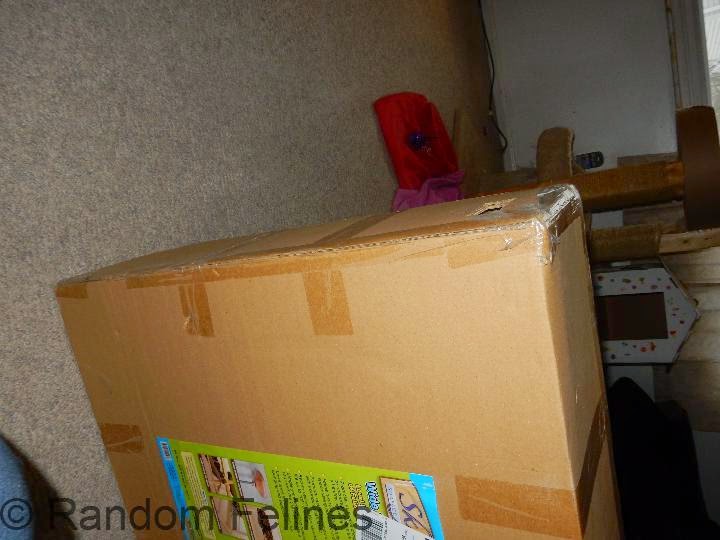 We got a mystery box the other day. Mom has seen an article on Hauspanther about a tree. Normally mom doesn't like spending a ton on trees, but she has been trying to get new things and after doing some math about putting up other shelves, this made some sense to her. 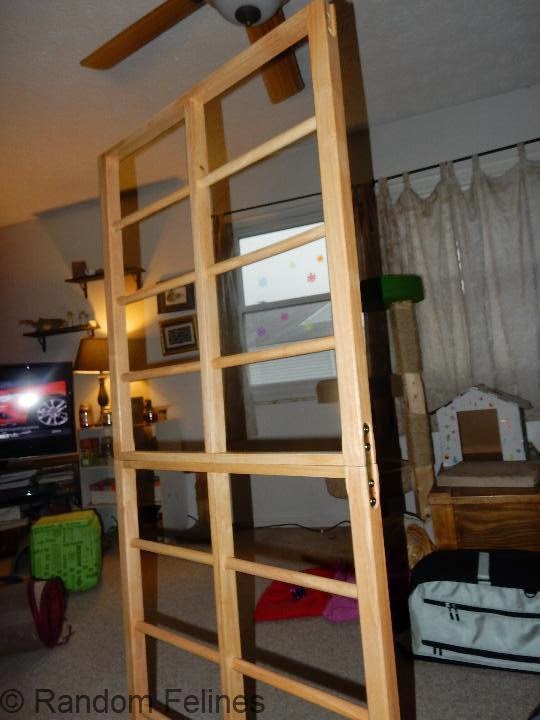 It was pretty easy to put together. It comes with an allen wrench so you don't need any tools either. It took a little time (maybe over an hour or so) but it doesn't have a deep foot print. 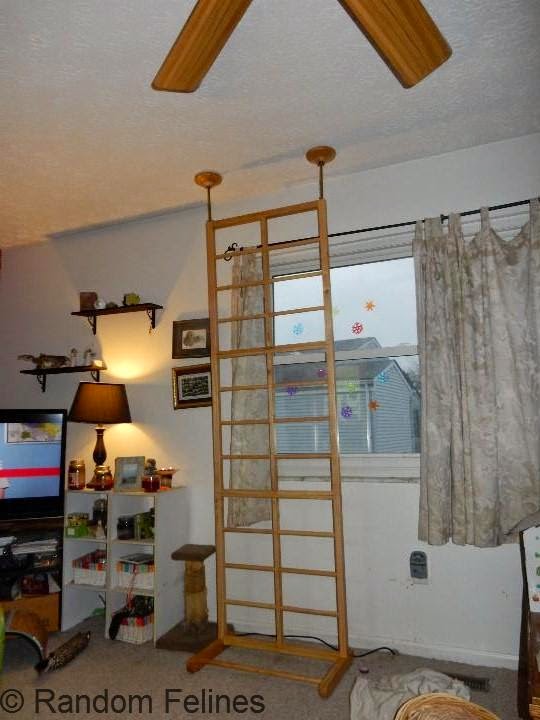 And here is the other pretty great part. It tensions to the ceiling....no screwing to the wall or the ceiling or anything else. 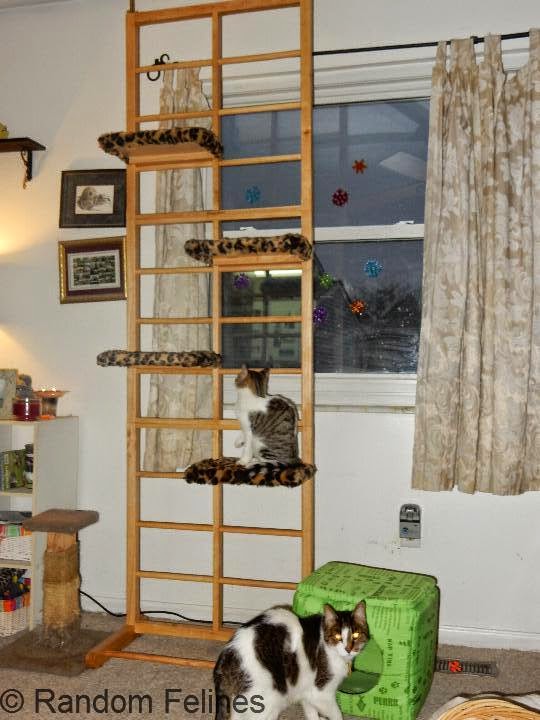 Got the shelves on. Mom says the only thing she really wishes is that the covers on the shelves were removable. These covers are glued on and won't come off, so it could be a little harder to clean. And there are no other options - leopard print it is. 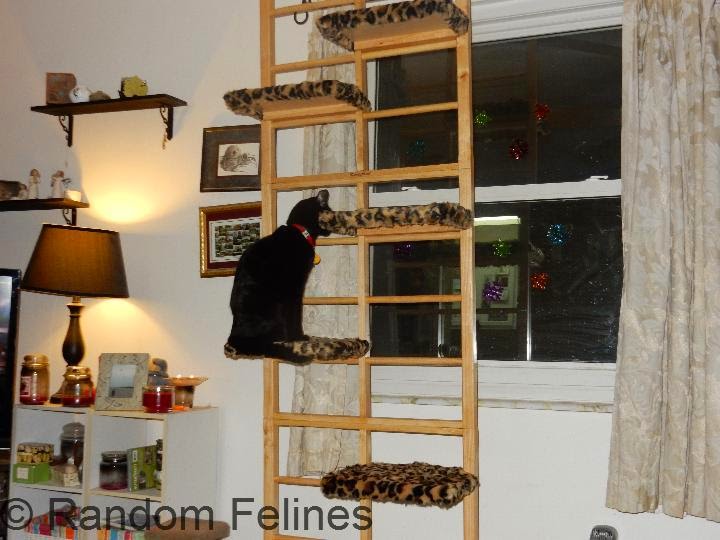 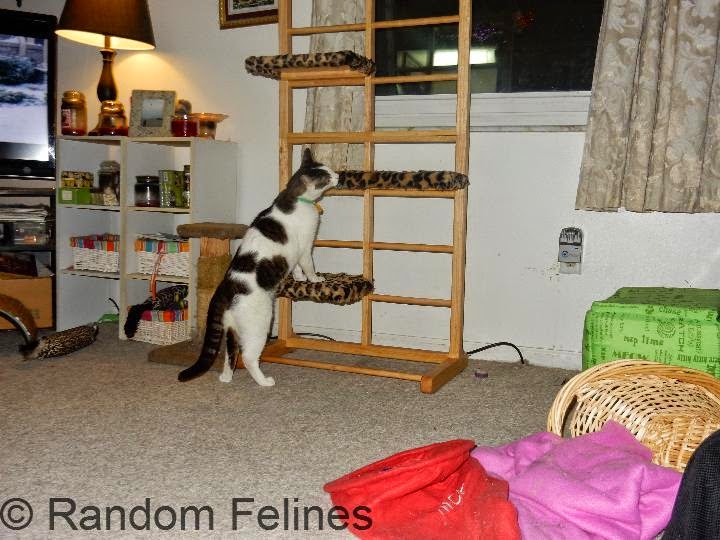 So far there have been some cats checking it out. Mom moved the other cat tree into the back bedroom. She needs to move some things out of there and wants to create a "super highway" back there that includes the tree to give us, especially Spud, a way to get up and around the room off the floor. But that is a project for another weekend.

Though mom says this plan may have backfired....Daiquiri has taken to sleeping on the tree in the other room.  MOL  This is pretty sturdy. Mom has had to tighten the screws at the top, but she doesn't think she had it quite right the first time. Sunday morning Tim and Tom were both on it so it is pretty sturdy too. We give it 4 paws up.
Posted by Random Felines at 5:30 AM