Mom did some "spring" cleaning. Yes...we know it is winter here, but we never said the woman was right in the head....She took out some old stuff to toss or recycle. And then move around a couple of shelves. One now in her bedroom and the a new one in our room. She said next step is to move some other stuff and then put up some shelves to make us a super highway. More on that later.....

The kittens are having a blast. We are trying to figure out the next step for them at this point. But in the meantime, it is a party around here. 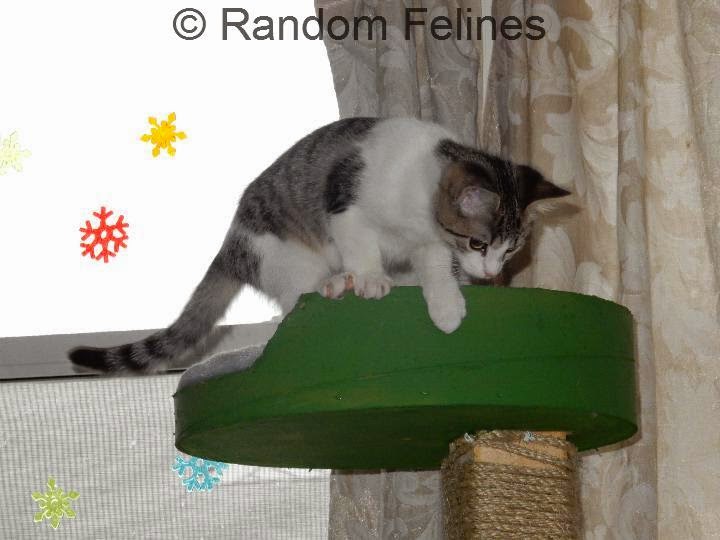 thinking about attacking the gingerbread house 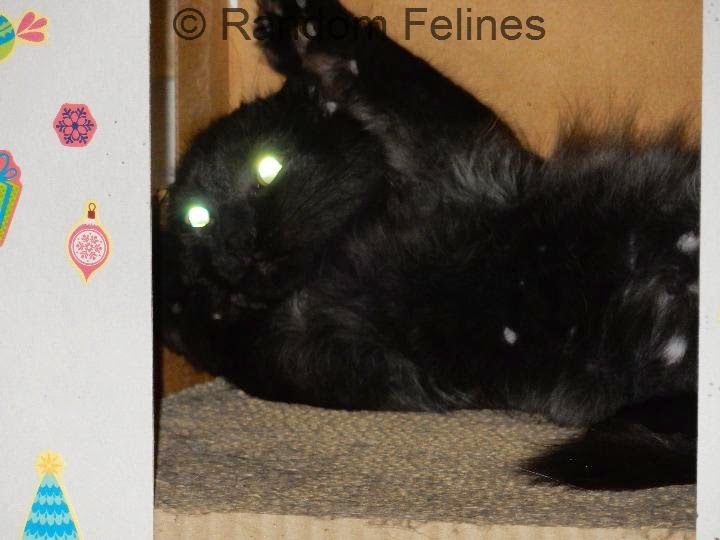 ready to defend the house 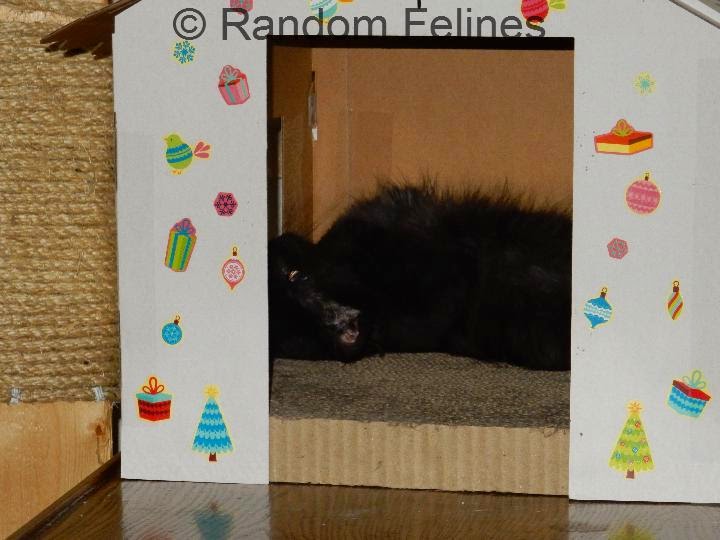 is she coming or not? 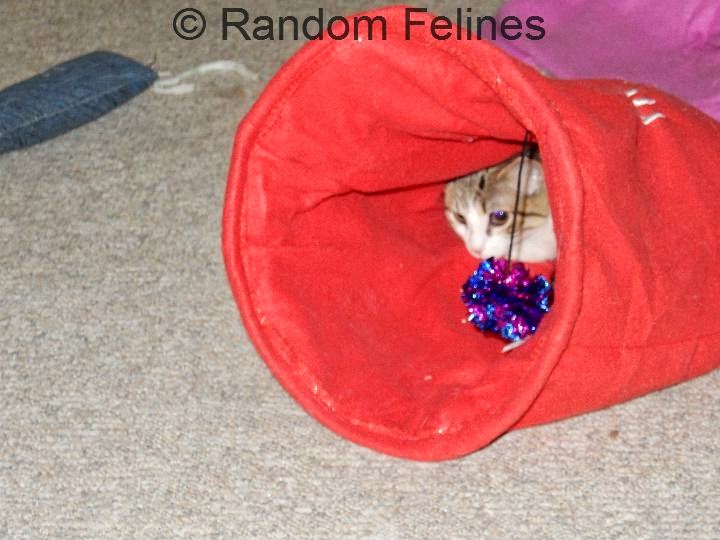 This cat sack was part of our Secret Paws box. No one seemed willing to go inside, so mom grabbed Daiquiri and shoved her in it. And suddenly she discovered it was pretty nice in there....until Kahlua heard the crinkling and came over to investigate. 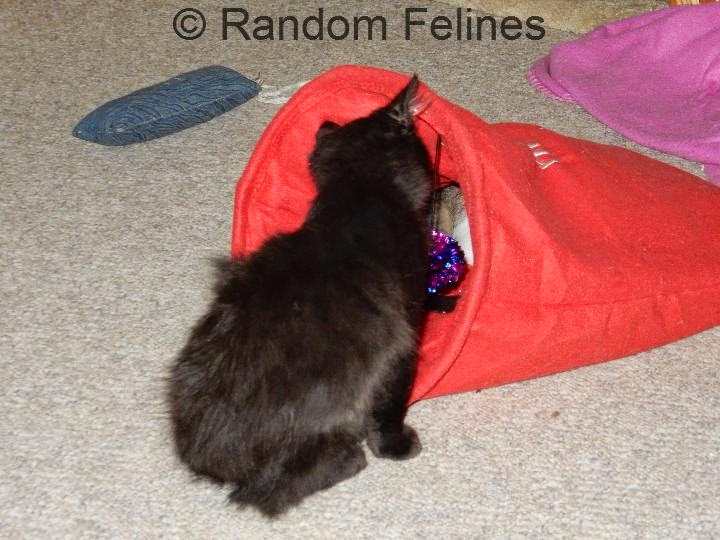