Mom and Coral spent a couple of hours on Saturday at a local festival. A local Girl Scout was sponsoring a booth for local rescues as her senior project. Coral was very well behaved and spent the entire time on mom's lap. Mom put her down in the grass at one point but Coral wasn't too sure about the feel on her toes. Unfortunately, after a couple of hours the wind kicked up and then it started to rain. Mom spoke to the girl and they agreed that mom and Coral could pack it in and head home. But mom spoke to several people and did reaffirm how well Coral does in public.

The orange kittens are getting bigger every day. When mom is getting ready for work or for bed, she leaves the bathroom door open and leaves up the baby jail gate to give them a little room. Tange walks around a little. Sunshine like the carpet on her toes. And Clem walks up and stares at the big girls...such a flirt. 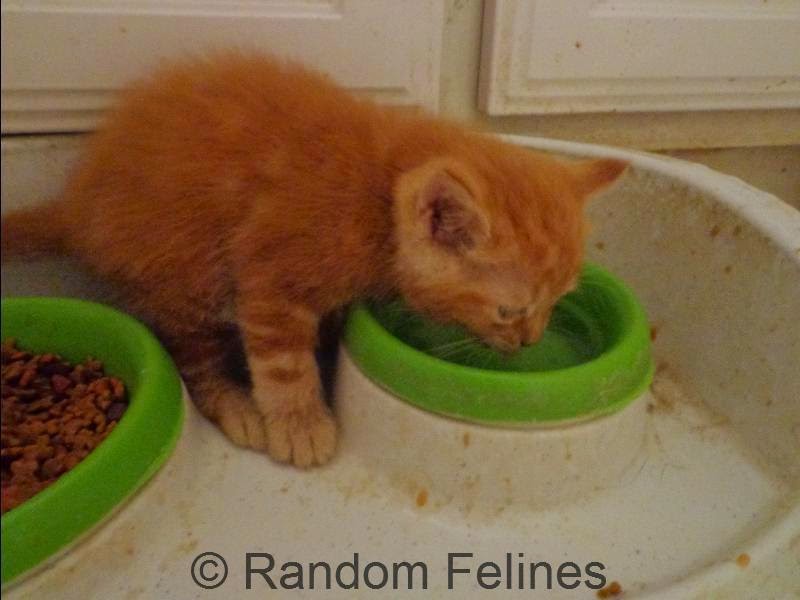 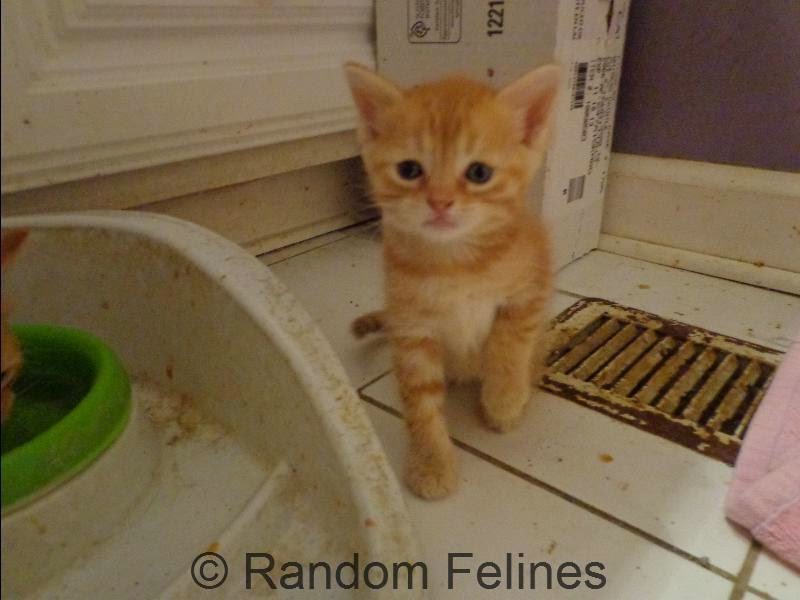 Mom has caught both of them drinking water and eating out of Sunshine's bowl. Mom put out canned food at one point. Tange wasn't interested, Clem took one bite and walked away and even Sunshine wasn't all that interested. 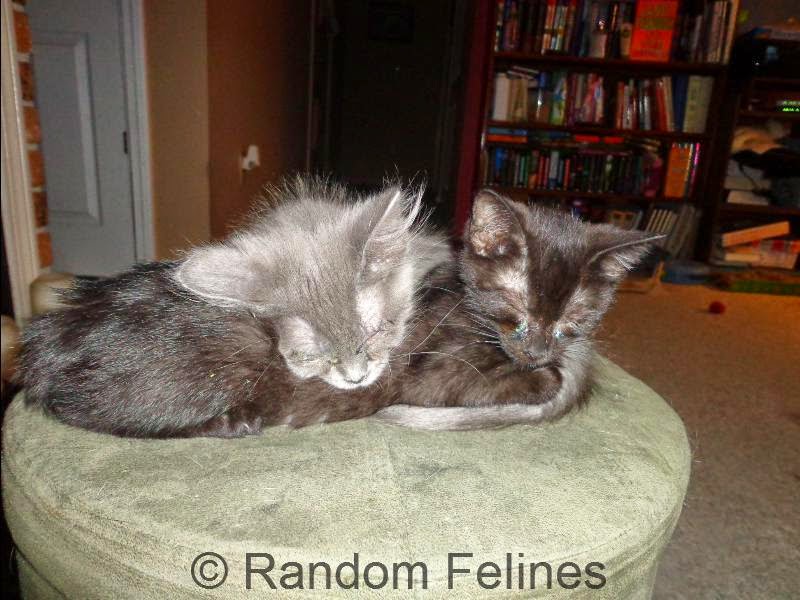 Quartz and Jet were supposed to go up to the adoption center this weekend, but their eyes are runny again. Mom is fairly convinced the words "adoption center" makes that happen.

Ash is at the other Petco store. They are much smaller and the kittens are allowed out to run around part of the day. Mom stopped to see him on Friday after work and the kittens were back in the cage for "naptime". Ash was so sound asleep that he didn't even twitch when mom called his name. MOL