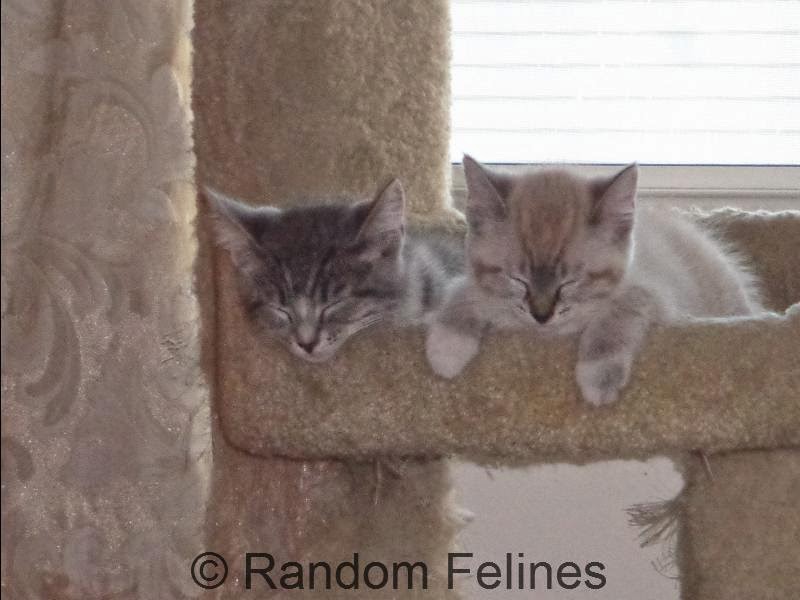 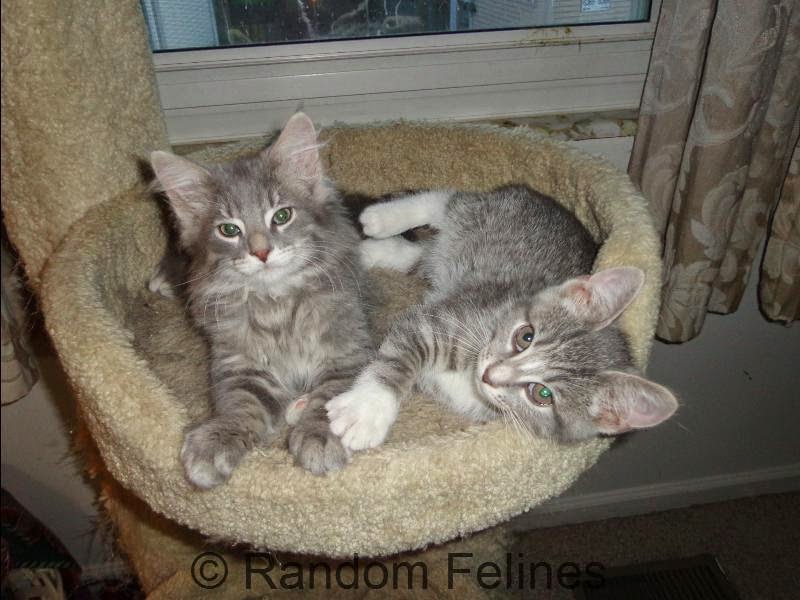 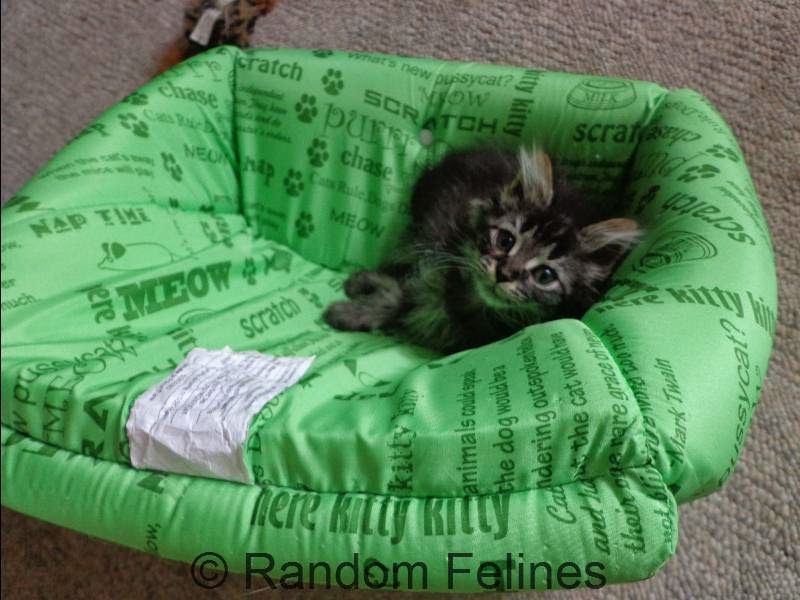 Coral
why sleep in it when you can sleep ON it? 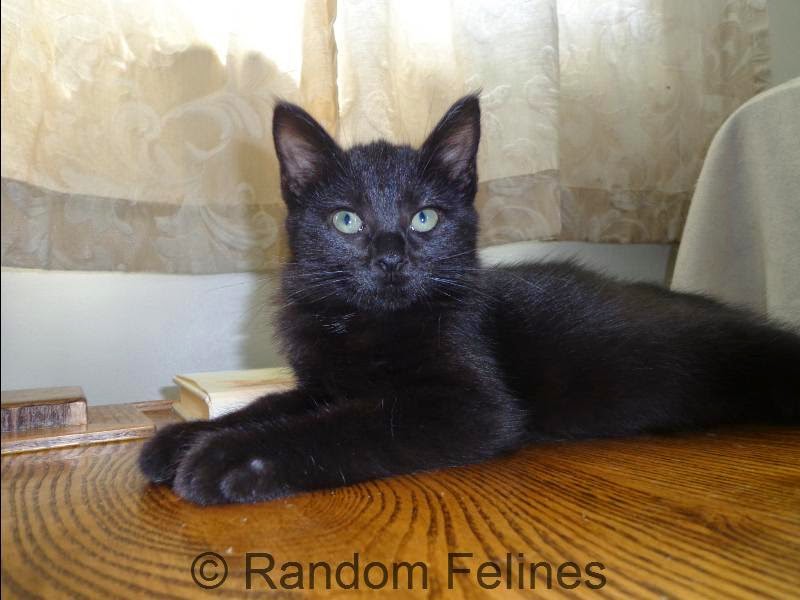 Jade is pretty done with the whole kitten thing. Mom is going to try to get her in to get spayed next week.

The mom here: the little kittens had blood drawn on Tuesday to test them for FeLV/FIV. Normally they run kitten tests as a batch (ie mix the blood and run one test). In this case, the test came back positive for FeLV. Yes, I freaked out. However, they have been quarantined, so no risk to the older kittens or to mine. But obviously Jade was in there nursing. So, yesterday morning I hauled them to the vet for individual tests. Turns out the girls are negative and Topaz is the only one that is positive (darned alien boy). And it was a faint positive. Basically, the test runs over 10 minutes. The sooner the blue dot for positive appears or the darker the blue, the stronger the result and the "more positive" the result. For Topaz, a faint blue dot appeared around minute 8.

So, Jade will have to be retested, but I am not so worried about her. Topaz will be separated and retested in 6 weeks. Paws and fingers crossed that he can throw the virus and the test is negative that time (which does happen). And thank heaven that we work with THIS rescue that will give him that chance. We will keep you posted on him and everyone (as always). I debated putting this up here for freaking some people out, but then decided that I am not all about hiding the facts, and the more people read that things are always the "death sentence" that some shelters make it out to be, the better. Education is power and I want us to be a part of that. For last night he was in a crate in the entry way to the condo until mom can rearrange some of the kittens to keep him. He isn't really happy right now about being alone.

As to our girl Mae West - mom got her to the clinic on Wednesday. Turns out she had previously been spayed. So, she was tested and vaccinated and microchipped and now just needs her new forever home. She is negative for FIV and FeLV. She is up at the adoption center for the rescue. With the limited space here and having to separate the little ones, there just isn't anywhere here for her. Plus, seeing her in person makes it easier to find her a home. 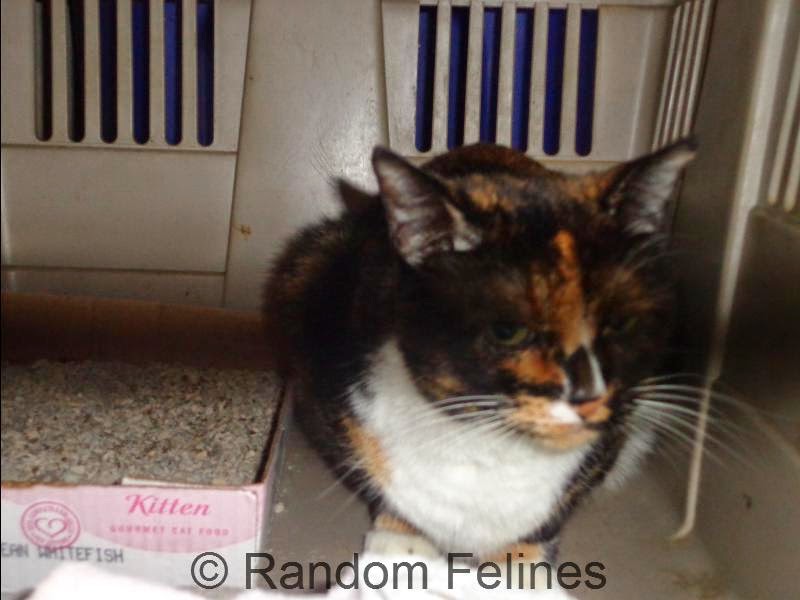 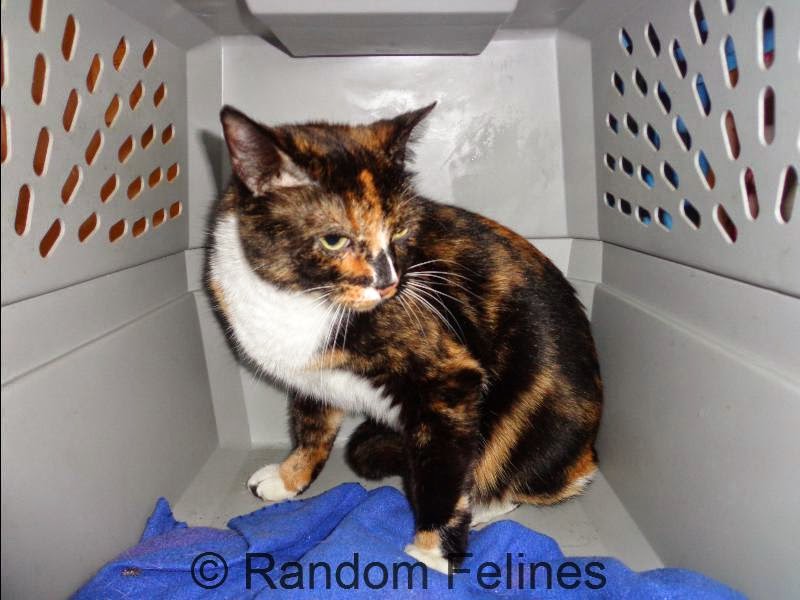