Well, another weekend, another transport for mom. 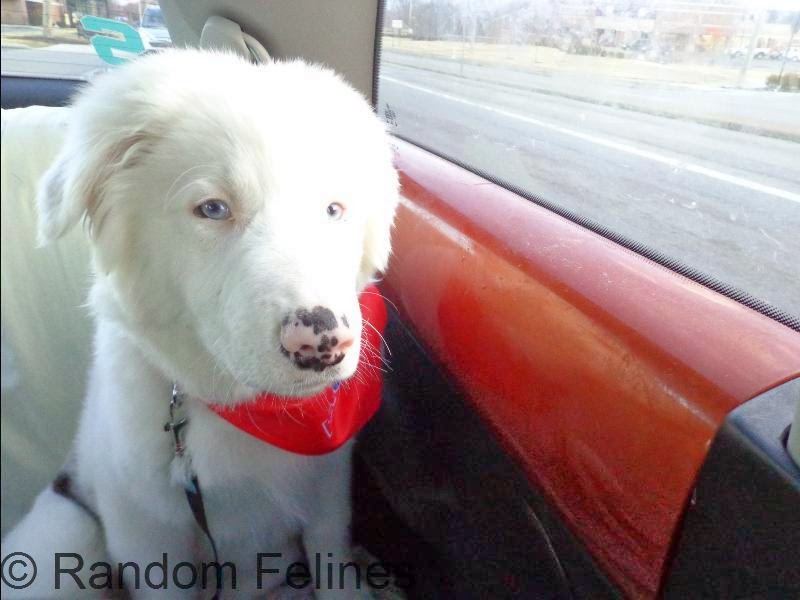 Nope this is Shadow an australian shepard pup rescued by Speak for the Unspoken - a local rescue that specializes in placing special needs animals (mostly dogs). 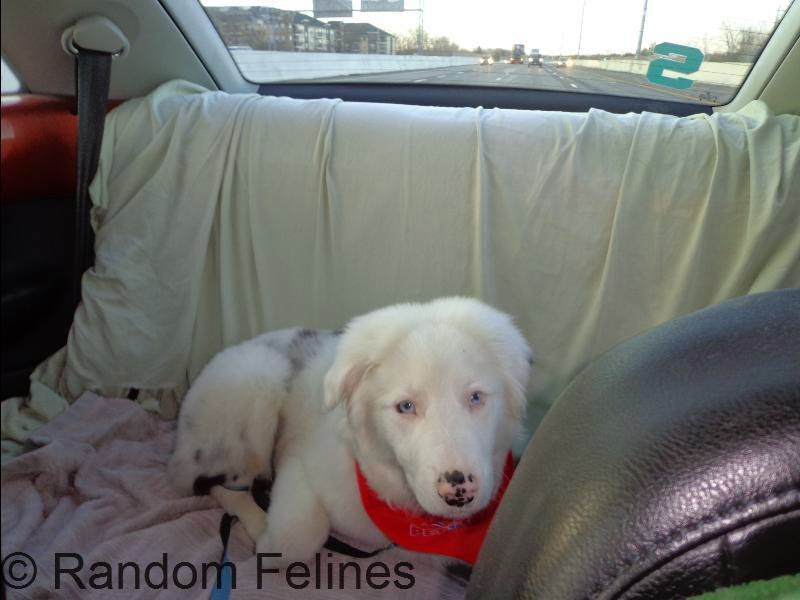 Shadow is a white pup with blue merle markings and blue eyes. And yep....he is deaf. So is he high energy with a herding instinct and no ability to hear people. Well, he had been adopted and one of the drivers on the original transport fell in love with him. He was returned due to his energy level (sigh) and when the woman found this out, she called the rescue and said she wanted him. She has other dogs and knows about training and herding breeds. The rescue put him in foster for a quick re-evaluation to make sure nothing else was going on with him and then on Saturday packed him up and sent him on his way. 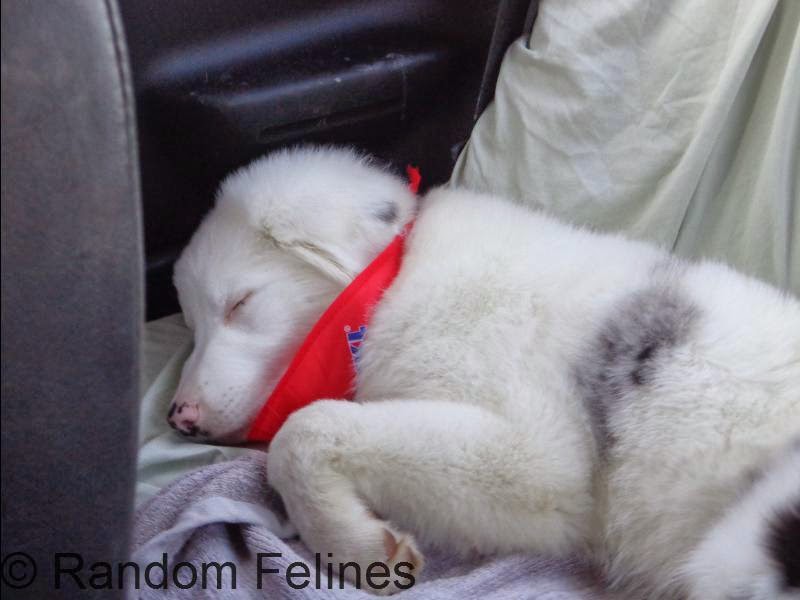 He spent most of the trip with mom snoozing in the back seat. We got an update Saturday night and he was safe in his new home already being loved on by his new mom and new pack. We love us a good happy ending.

Email ThisBlogThis!Share to TwitterShare to FacebookShare to Pinterest
Labels: transport