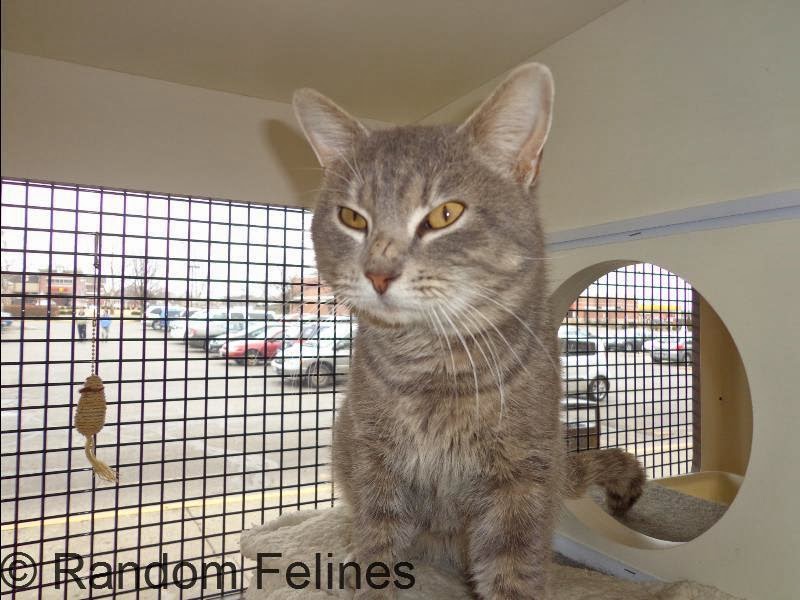 He was rescued from a house where he was abandoned with 3 other cats. One of them was Jasmine from last week. 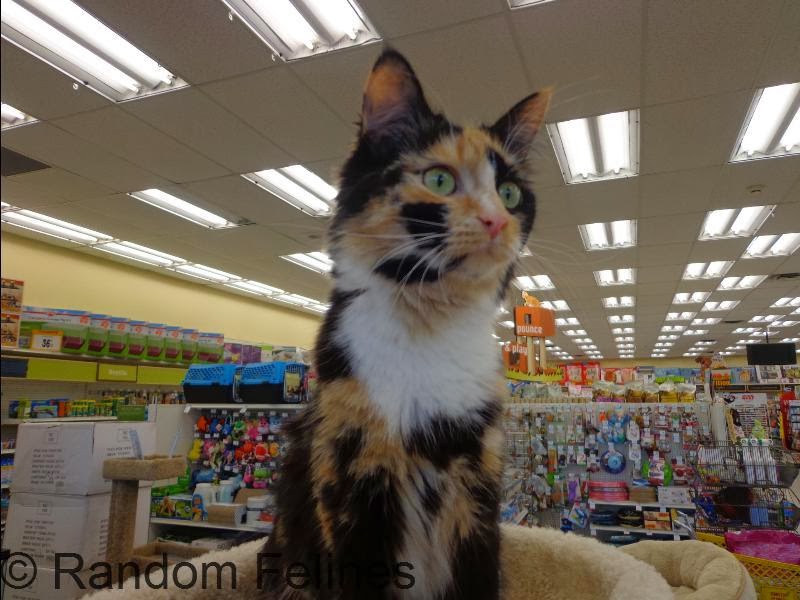 One other cat is being treated for medical issues and the fourth is feral and will be introduced into a colony. Their owner passed away and they had no where else to go. Jasmine was in pretty good shape and just needed to be spayed.

Killian had some MAJOR fleas and had to be neutered. Mom says he smells "all boy". :)  He cleaned up pretty good and just needs some food into him as he is a little skinny. But he put up really well with mom brushing him and clipping his nails and is super laid back.

We wanted to show you the cage set up at Petco since we keep talking about it. 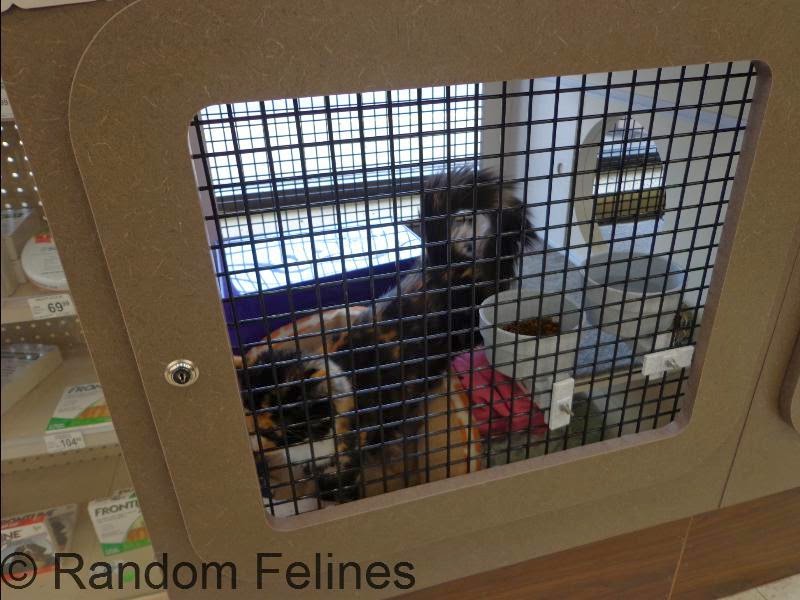 There are four doors like this one. There are metal litter pans that fit into the floor that separate top from bottom and sliding doors that close side to side (though most cats figure out how to move them). If we need to keep cats separate, we put the pans in and each cat has two sides. 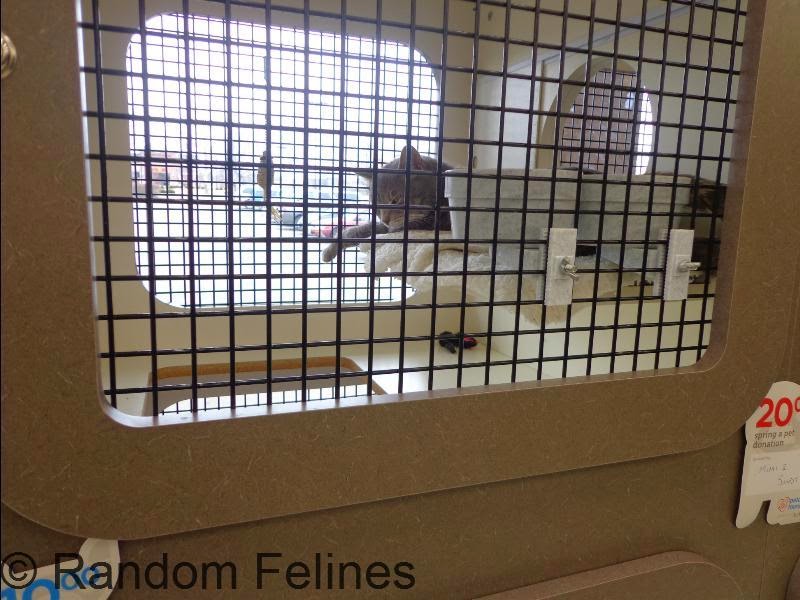 The nice part is they are right in the front window. As things start getting warmer, the store puts a poster up in the window to block the sun from one side. If you look close in the picture above, you can see the hole in the floor - this allows the cats to go up and down if they are friendly and are allowed to interact (works well when mom takes a litter of kittens up there as it gives them a little more space to run around).
Posted by Random Felines at 3:00 AM