For anyone who volunteers or works in animal rescue, returns are the worst. And they can happen in so many forms and for so many reasons. Thankfully with the advent of microchips, rescues can now get contact from other shelters if their animals are taken somewhere else. We don't know of any rescue that doesn't have language in their adoption contracts about bringing the animal back to the rescue if you can't keep them. Not that people are always that responsible.

Most recently our friend Miss Kelly had one of her kittens returned. But Garnet is lucky and will shortly be on her way to her new forever home.  Mom says we are lucky that we have had one return since we started doing adoptions from the Petco store....and Opal was much better off coming back (and was adopted again pretty quickly too).

Returns can be for any reason - and some are better than others. Moving, new baby, new spouse....those make mom nuts. Maestro has crossed MANY state lines with mom over the years. As for a spouse, she doesn't have one of those but tells us that it is "love me love my cats" around here.

But, financial reasons abound in this economy. We are seeing lots of returns as people lose their jobs and their homes and are barely able to take care of themselves.

And sometimes medical issues become an issue....and that is where this story starts.  more on that tomorrow 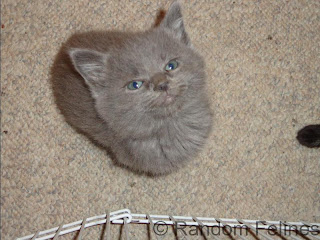 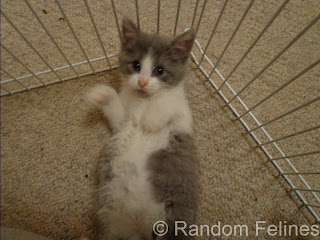