First things first....the kittens seem to be holding their own.  Thank Cod!!  Mom had a couple of concerns and decided to reach out to our friends. Miss Connie gave us some great advice about feeding raw and the kitten were switched to that (more on that tomorrow). It will obviously be short term since they will need to go back to the shelter good at some point but for right now it is more important to get food to stick IN their systems instead of run through it. And seriously....could we figure this out soon??? The kitts want out and spend a lot of time yelling about it.

And....Nasa, Hubble and Corona (you know, it occurred to mom over the weekend that she could also have been a member of the beer kittens - MOL) got a bath shower on Sunday morning. It is about trying to keep their poor buns clean. Mom has been using bleach in the bathroom for the last few days and did remark that there seemed to be "less" of a mess on the floor this morning. So hopefully we are making progress. 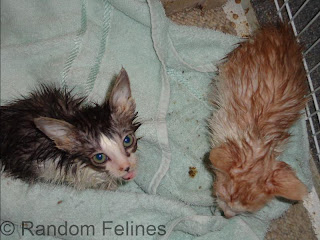 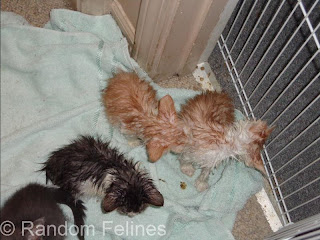 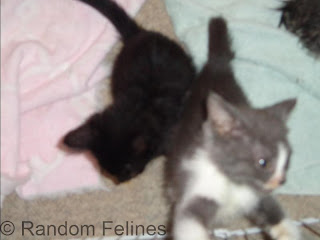 She also thought their symptoms were familiar...so she did some searching online and it may be Giardia. Which won't show up on a standard test. In the effort of - better safe than sorry - mom is giving the kitts a dose of panacur that will cover that as well.

And....another Saturday, another slobbery dog in the car. :)  Ruger had been adopted and was on his way home. What a super sweet boy. Once he got in the back seat, he kept doing the little kid "I'm not sleeping" thing. Mom thought at one point she would find a big fuzzy pile of goo sleeping in the back seat. His new family emailed the group when he got home last night and said he was running around the backyard playing with his new boy. 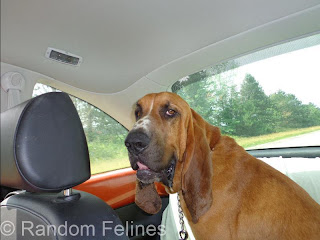 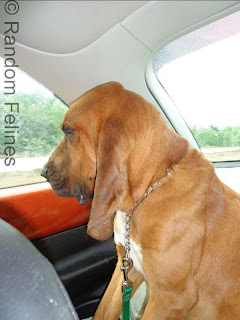