The shelter where mom volunteers is having a BIG party today from 12-8pm. Food, lots of rescues and reduced adoptions fees (but the standards stay the same, so no worries). Last year they adopted out lots of adult cats and lots of kittens. Three of the space kittens are back and ready to go. We suspect it won't take long. We asked for an update on the other two - Nasa/Hubble wasn't big enough and they left Orbit to keep him company. 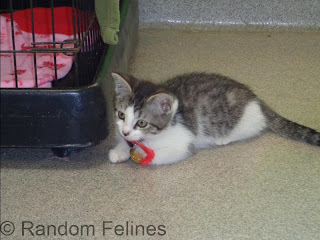 Galaxy
(she was Corona here - no idea why they renamed her) 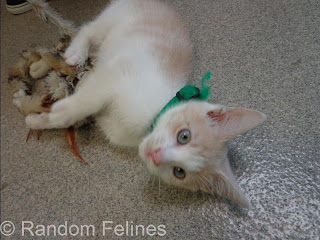 Nasa
(though mom is fairly certain this is actually Hubble) 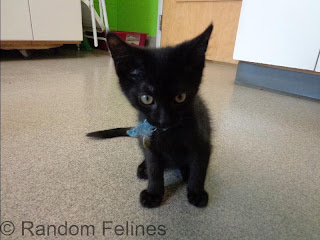 We are hoping for a very successful adoption day. We know the kittens will go and we hope the adults don't get over looked.

The kittens were really having a good time being able to run around.