We think you have seen Uncle Bill around here for the last week or so. He is about 6 months old and SUPER sweet. Mom thinks he is part persian cause he is short and round and fluffy and his face is a little shorter than the rest of ours. (mom asked Miss Beckie and he came in with a brother who was long legged and short haired - cat genetics, gotta love 'em) 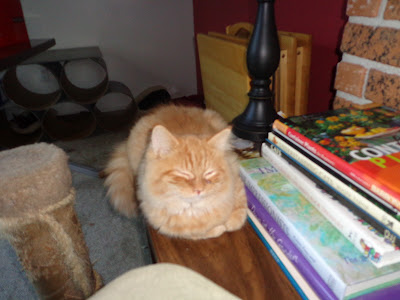 Anyhow, Uncle Bill had been at the other Petco store. And a lady put in an application for him. But it wasn't a good application. She was told that but continued to harass the store employees and Miss Beckie. So we decided to move him to the store up here. The joke was that he was in the "witness" protection program. After hearing more, mom decided the "witless" protection program was more appropriate. MOL 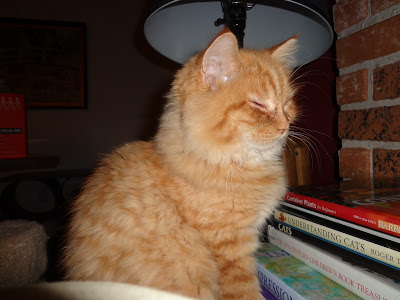 Of course, after three days Bill got sick and so now he is here with his runny eyes and sneezes. Once he gets better, he will head back up to the store. We suspect with his disposition and overwhelming cute, he won't be there long.  :)

Posted by Random Felines at 8:30 AM