Took a couple of days

Cats and kittens react differently to surgery and the vet. Most times the fosters come back after surgery and are a little hung over but no real issues.

This crew came home Friday night and were all pretty unhappy about everything. After a couple of hours mom put Hurray in one Kasa cube and Yahoo in the other. The hope was that would sleep it off.

Not so much. Yahoo was better on Saturday. Yippee was fine but very confused about why everyone was hissing and growling at her. Hurray and Huzzah were still pretty mad. It might have helped if we had somewhere Huzzah could have been on her own but we don't have a good space for that.

Fortunately Huzzah seemed to remember the Ikea storage cubes, so she pulled out a drawer and hid in there.

Hurray was better by Sunday. The kittens were all playing and being themselves. Huzzah was fine unless the kittens got up in her space.

They are all online and were featured on the rescue's Facebook page. Hopefully everyone will have approved applications by the time they go to the adoption center on Wednesday. 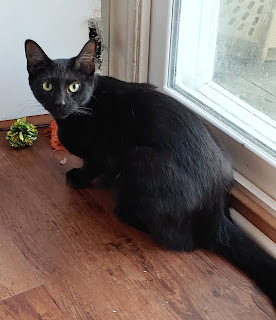 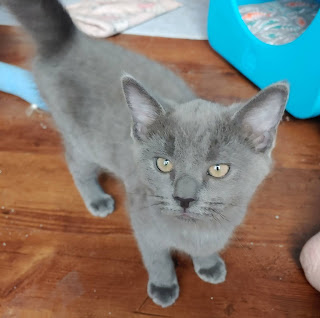 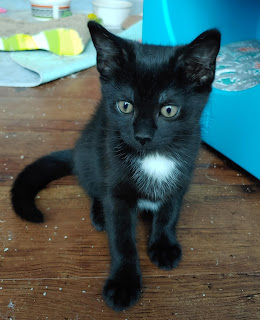 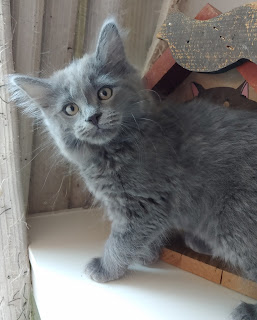 Posted by Random Felines at 6:19 AM