We did a thing

Mom launched a t-shirt campaign to raise some awareness and some funds.

Back in February, mom was talking to Miss Julie of Cats Herd You (and Cupcake's mom) and it was mentioned that a vet on TV was going to be at a convention in Florida. This vet has been called out for declawing and mom and Julie said they should make signs "save the murder mittens". 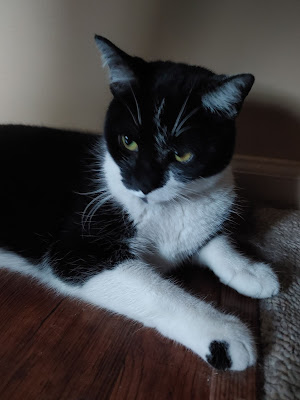 Then mom got an application recently to adopt a pair of kittens from the rescue and the woman was insistent she planned to declaw.

The rescue is against declawing. Many countries have banned it. Yet it is still legal in the US. More people are getting educated. Some vet offices refuse to do it. But it can still be done.

Can you raise awareness with a sense of humor? We think so (or maybe mom just cracks herself up). She couldn't find a graphic she liked to use. But she had that picture of Chanel. We reached out to Miss Yasaar at Chirpy Cats to see if she could draw something. This was the first draft. She went back and added a tail. 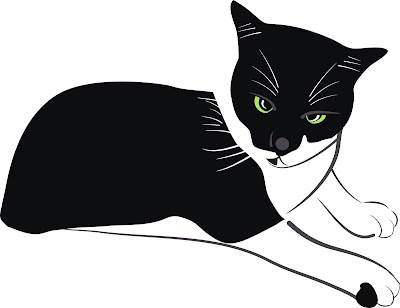 Now we have a t-shirt campaign on Bonfire. Save the Murder Mittens with Chanel. All profits go to Colony Cats. We are hoping to raise enough to cover the medical/surgery cost for the kitchen kittens.